STIGMERGY: The C4SS Blog
Stigmergy - C4SS Blog
What will happen under anarchy? EVERYTHING.
C4SS | @c4ssdotorg | Support this author on Patreon | July 30th, 2015 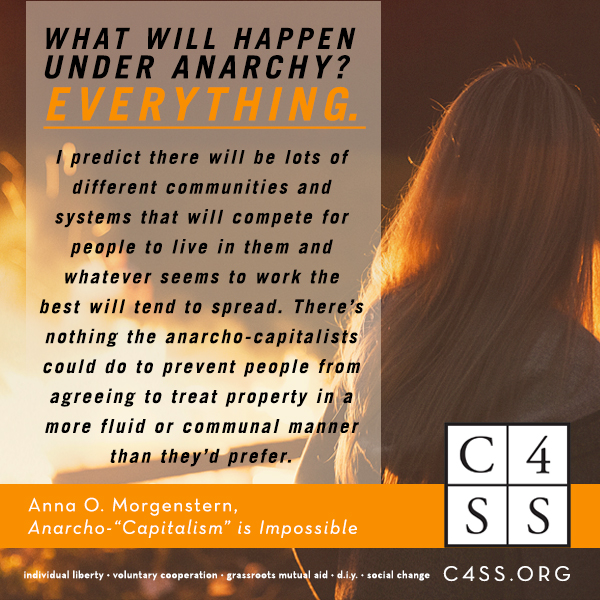 … So we see, even assuming an “anarcho-capitalist” property regime, anything recognizable as “capitalism” to anyone else could not exist. In fact the society would look a lot like what “anarcho-socialists” think of as “socialism”. Not exactly like it, but much closer than anything they’d imagine as capitalism.