Authored by Sheldon Richman
Foreword by Jeffrey A. Tucker

This book challenges the assumption that the Constitution was a landmark in the struggle for liberty. Instead, Sheldon Richman argues, it was the product of a counter-revolution, a setback for the radicalism represented by America’s break with the British empire. Drawing on careful, credible historical scholarship and contemporary political analysis, Richman suggests that this counter-revolution was the work of conservatives who sought a nation of “power, consequence, and grandeur.” America’s Counter-Revolution makes a persuasive case that the Constitution was a victory not for liberty but for the agendas and interests of a militaristic, aristocratic, privilege-seeking ruling class. 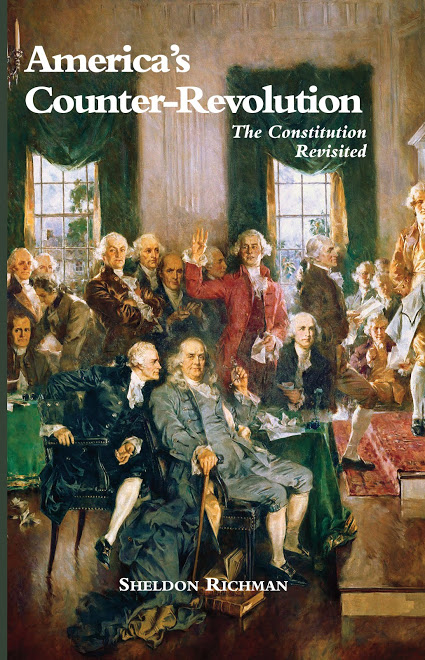 About the author:
Sheldon Richman is a senior fellow of the Center for a Stateless Society (c4ss.org), chair of the Center’s trustees, and a contributing editor at Antiwar.com. He is the author of three other books:Separating School and State: How to Liberate America’s Families (1994); Your Money or Your Life: Why We Must Abolish the Income Tax (1999); and Tethered Citizens: Time to Repeal the Welfare State (2001), published by the Future of Freedom Foundation (fff.org). From 1997 to 2012 he was the editor of The Freeman, published by the Foundation for Economic Education (fee.org), following which he edited Future of Freedom for the Future of Freedom Foundation. Previously he was an editor at the Cato Institute, the Institute for Humane Studies, and Inquiry magazine. Richman’s articles on foreign and economic policy, civil liberties, and American and Middle East history have appeared in Newsweek, The Washington Post, The Wall Street Journal, theChicago Tribune, the Chicago Sun-Times, USA Today, Reason, Forbes, The Independent Review,The American Scholar, The American Conservative, Cato Policy Report, Journal of Economic Development, Journal of Palestine Studies, Washington Report on Middle East Affairs, Middle East Policy, Liberty, and other publications. He is a contributor to the The Concise Encyclopedia of Economics. Richman is a graduate of Temple University in Philadelphia. He blogs at Free Association (sheldonrichman.com).