All the (authoritarian) social forces receive the vigorous and incisive blows that the anarchists attack them with. Anarchism, indeed, is against all oppressions, all constraints, it does not assign any limit to its action… From where do humanity’s sufferings come? … I put side the inherent suffering that arises from nature itself, but all the other sufferings, all the other pain has to due with bad social organization… Here is what the anarchist says to the oppressed, to the suffering ones.” — Sébastien Faure, The Revolutionary Forces

Available as an ebook (PDF). 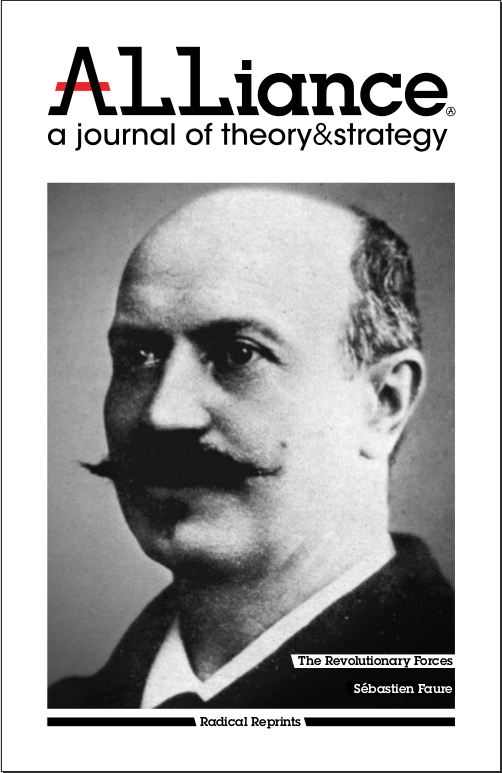 Available as a ready-to-print zine (PDF).