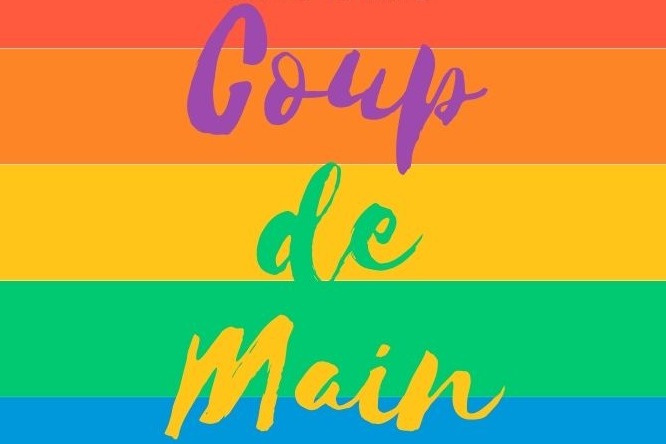 Let’s face it, it’s not easy being LGBTQ+ in this society. There is an ongoing rise in the murder rates of trans and gender non-conforming individuals, with the Human Rights Campaign documenting at least 21 murders just this year, which nearly matches last year’s documented 27 murders despite us only being halfway through the year. We are posed to easily pass last year’s murder rates before the end of the year.

LGBTQ+ people are more likely to suffer from abuse, be kicked out of their homes, refused services and resources based on their identities, and face job and housing discrimination. These factors lead to increased suicide rates in the queer and trans communities. Being a person of color, disabled, undocumented, etc. only increases these struggles for many. So where does one go when they have nowhere else? Where does one seek refuge in a red state where so many are against you?

This is exactly why we are working to establish a queer communal homestead and community organizing space in the heart of Cajun Country which we have named Coup de Main. Louisiana is a deeply red state with some of the highest incarceration rates per capita in the entire world. That is why we seek to establish a sanctuary from that as much as possible.

“Coup de Main” is Cajun French for “lend a hand.” We believe this name purposely encapsulates our mission with this project. Being anarchists, we wish to establish a community based on mutual aid and solidarity. The land we are working with was abandoned after Katrina after the trailers on the property were completely demolished in the storm. Since then, they have been left to rot into the ground as nature grew up around them. Now, we have to clear an acre and a half of land from a decade and a half’s worth of overgrowth and two household’s worth of hurricane debris.

Once that acre and a half is cleared, we can build spaces for people to live and thrive, where we can organize community projects and campaigns, where we can collaborate and start worker-run businesses, where we can hold workshops, skillshares, meetings, festivals, and other events.

Even with the land being an absolute mess, it has already served as a community resource, serving as a campground for local houseless folks in need of a safe place to lay low. Coup de Main also hosted a Mardi Gras festival/work party, Coup de Gras, in which we brought Vermin Supreme and his amazing wife Becky to New Orleans for Lundi Gras and Mardi Gras days.

We have more folks interested in joining our community. Many are waiting out hurricane season since we’re still living out of tents on the property and plan to continue in the fall. We have to clear more land, clean things up more, and buy more tools and supplies to adequately care for people and finish the job. We can’t be a tent city forever.

We need gas for the generator and chainsaw, we need water tanks and solar panels, we need weed eaters, stump rot, a decent lawnmower, saws to chop up the trailers for removal, sledgehammers, shovels, rakes, and a new front gate. We need bug spray, water, food to feed those in need, fans to deal with the extreme heat and humidity, battery packs for backup power sources, rain barrels, tables, canopies, building materials, and so much more.

We’ve come a long way since we started earlier this year and many folks have donated time, labor, resources, and money to the cause including the fine folks with Team Supreme, the Coalition of Armed Labor, the Libertarian Socialist Caucus of the Libertarian Party, Enemy of the State’s Dank Pod-Stash, Green Market Agorist, and so many more. Many individuals, including myself, have put a lot of their own personal money behind this project because it is so important. They have helped us obtain tents, a generator, hand tools, machetes, chainsaws, an outdoor shower, water, food, hygiene products, canopies, fans, batteries, and so much more.

This will be an ongoing project which we hope will serve the community for decades to come. We hope that as an organizing hub, it can serve as a space to inspire positive change in the surrounding community, hopefully making it a safer more inclusive place for those seeking sanctuary at Coup de Main.

So please, if you wish to support this project, spread this fundraising call far and wide! Donate if you can and help boost the campaign by sharing on every platform you can. New Orleans may be known for its vibrant queer culture and community, but just across the bridge many of us still live in unsafe conditions with few resources and a lack of community. Help us offer that community. Together we may end up saving lives and help folks thrive in the process.

Check out the Green Market Agorist YouTube and Bitchute channels for updates.

You can donate via the project’s GoFundMe at: https://gf.me/u/x4sngr