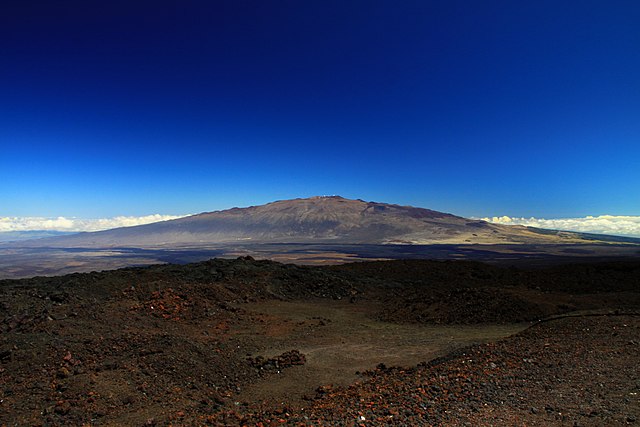 Over the past few weeks, the topic of indigenous self-determination and the decolonization of US-occupied lands has re-emerged, not only with the protests against neoliberal austerity in Puerto Rico, but also in less-covered protests by indigenous Hawaiians and allies on Maunakea. What’s occurring on Maunakea could very well be considered the next DAPL protest, as what native people are fighting against is the Thirty Meter Telescope (TMT) destined to be built on the sacred mountain of Maunakea. Not only is it an environmental affront, like the DAPL, but it is also a continuation of the legacy of the settler-colonial empire under neoliberal capitalism.

The current struggle started with a decree on July 15th by Hawaiian Gov. David Ige that construction would commence for the TMT. In response, kūpuna (elders) of the Big Island set up a blockade to prevent construction materials from reaching the mountain cap. Two days went by without issue and then, on July 17th, the state sent in police officers to arrest these activists, arresting 35 elders many of whom were in their 70s and 80s, with some needing to use wheelchairs or walkers.

In response to this state crackdown by police, the struggle has not only expanded across Hawaii, but into the mainland United States as well, where over 250,000 native Hawaiians live. Government buildings and offices have been occupied by Hawaiians and supporters, while over 1,000 people took to the streets in protest in Waikiki. A camp has also been set up at Pu’u Huluhulu, located at the base of the Maunakea access road. There are several thousand currently in the camp, and the activists have even received some celebrity support, including a visit from Dwayne “The Rock” Johnson. The camp has been able to support not only shared food and transport services, but also to set up a free Pu’u Huluhulu University with over 20 courses covering topics such as the Hawaiian language, history, health, and gender studies.

Despite the massive demonstrations by indigenous people for self-determination and control of their ancestral land, the governor has not backed down, instead going so far to spread rumors that protestors were using drugs and alcohol, perpetuating a long-standing trope used to stigmatize indigenous people. The reality is that the camp has a no drugs or alcohol policy.

While many white mainlander transplants and scientists have argued this is anti-progress and anti-science, the reality is that Hawaiians, who have already lost so much of their land and culture to American colonization (and subsequent illegal annexation), are fighting for the right to control and access ancestral land. Hawaiians have suffered massive losses of their historical practices through banning of Hawaiian culture the and mass influx of Christian missionaries, but also the seizure of native land by the US government, military bases, billionaire elites, mega-farms, and hotel mega complexes. This ongoing land theft is reflected in the high rates of indigenous poverty.

Despite all of these challenges, the fight has helped to rekindle a sense of native pride and has mobilized global support from students and faculty urging universities to pull support for the TMT. Indigenous groups across the United States are protesting in solidarity, and the Spanish Government has even offered the immediate construction of the telescope on the Canary Islands instead, which has the same desirable attributes for a telescope site as Maunakea. On Change.org, over 46,000 people have called for the resignation of Governor Ige. Across the world, we are seeing indigenous people fight back against the US empire and, if Puerto Rico is any signifier, there are many more victories to come.