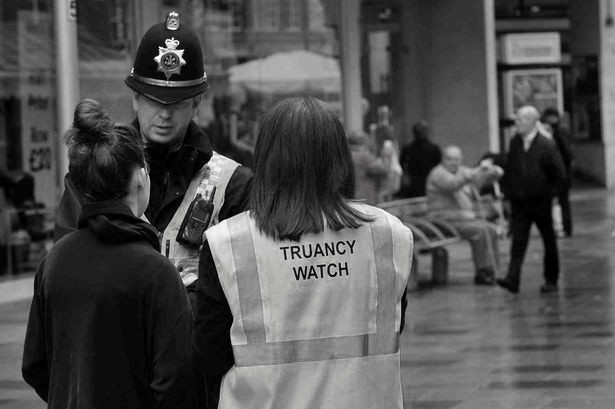 Anyone arguing against compulsory education will inevitably encounter (a variant of) this objection: “but a child cannot possibly know what is good for them and what they need to function well in society, we need some basic standards that everyone can conform to.” This contention — that children and youth do not know “what is good for them” and that these crucial choices should be made for them — shares common, purportedly logical grounds with transphobic and homophobic social attitudes. Such logic has been used to oppress LGBT peoples and is also employed when enforcing and imposing compulsory education.

Claims That Homosexuality Is ‘Just a Phase’ and Youth Are ‘Confused’

A standard contention amongst homophobes is that homosexuality is just a ‘misinformed phase’ amongst adolescents and youth. A quick Google of ‘homosexuality ‘just a phase’’ or ‘homosexuality confused’ will readily reveal many rebuttals of the arguments informing this sentiment, but it is nonetheless a common belief amongst misinformed homophobes in various fora. Fortunately, many countries are moving in the direction of accepting lesbian, gay, and bisexual people more broadly. The fundamental right to express love in the way we want to is being recognised more broadly (although many significant countries such as Saudi Arabia, China, and India continue to lag light years behind). The shift in public sentiment is gradual but there have been significant victories and the perceived legitimacy of non-heteronormative relationships is on an upward trajectory that shows no sign of relenting.

Nevertheless, there are numerous examples of various ‘fundamentalist schools’ teaching that homosexuality is a sin and this oppression in people’s formative years translates into society more broadly. Within the institutional architecture of compulsory education, non-heteronormative sexuality has been and continues to be discouraged, dismissed, and suppressed. This is regularly based on reasoning along the lines of “children do not know what is best for them,” “they are too young to know what is best for them” etc. (such is the institutional privilege afforded not only to heteronormativity but to adults vs. children). Of course, this is a very brief exposition and it is not just adults that are the problem but also the children’s peers that imbibe values from observing other adults. But I turn now, briefly, to transphobia before suggesting how these particular applications of flawed logic reflect the purportedly reasonable grounds for compulsory education.

Claims That Transgender Youth Are ‘Confused’

Trans people continue to face an onslaught of discrimination throughout all societies. Living with a particularly stigmatized gender identity in societies that are obviously demarcated along gendered lines will already cause much grief but, even when Trans Children and Youth seek to affirm their identities and marginalized mode of existence, cisgender folks (parents, educators, peers etc.) regularly state that, again, they are merely “confused.” Figures of authority — borne of a hierarchy shaped, enforced, and reinforced by a compulsory education system — routinely seek to suppress gender identities on the basis of children being “too young to know,” “not knowing what is best,” or “unable to comprehend such matters” (despite such assertions utterly denying the lived experience of trans children and youth). Obviously transgender identity is distinct from lesbian, gay and bisexual sexuality but the same lines of reasoning are used to oppress all of these people.

The Common ‘Logic’ with Compulsory Education

Anyone who has sought to persuade people against the compulsory nature of education will find that most people believe at least some degree of compulsory education is necessary for children. Anyone who has sought to argue against compulsory education will inevitably encounter counter-arguments along the lines of “so, you’re saying that children would just do what they want and learn what they want?” (it is often difficult to sense sarcasm from written words but the ease with which it is detected here is further testimony to the prevailing, sub-human status afforded to children across societies), “children don’t know what is good for them, they need to be educated,” and “of course many children don’t want to go to school, that’s because they don’t know why they need it.”

Anyone who has experienced homophobia and/or transphobia in their youth based on the aforementioned, purported logic (and, being a cisgender heterosexual, this author does not pretend to understand these experiences as much as he would like to) should hopefully also see that the same logic is used to justify the existence of the compulsory education system alongside the myriad of oppressive forces that it translates to (including sexual abuse.) Ultimately, this author hopes that this brief examination of purported logics and the common thread that underlies them will provide some form of principled, logical firepower for activists against compulsory education whilst also seeking to persuade a wider variety of people of its rampant injustices and evils.