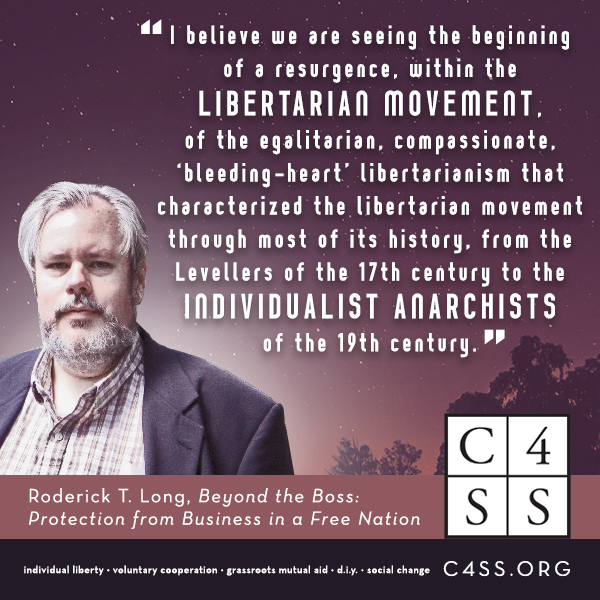 …Many libertarians in this century have been, in my view, insufficiently sensitive to the perspective of the poor, of laborers, of women, of minorities. But I view this as a historical aberration, brought about by the fact that a) the triumphant advance of socialism pushed libertarians into a century-long alliance with conservatives, and some aristocratic, patriarchal, un-libertarian attitudes rubbed off; and b) when the libertarians did re-emerge from the conservative movement in the last quarter of this century, they did so under the influence of Ayn Rand’s hard-edged ethic of rugged individualism. But these distorting influences are, I think, starting to fade, and the day of a “kinder, gentler,” green-spectacled libertarianism, truer to its historical roots, is beginning to dawn.

The new libertarianism, then, must take more seriously the left’s concerns, for in many ways they are its own concerns also.

— Roderick Long, Beyond the Boss: Protection from Business in a Free Nation