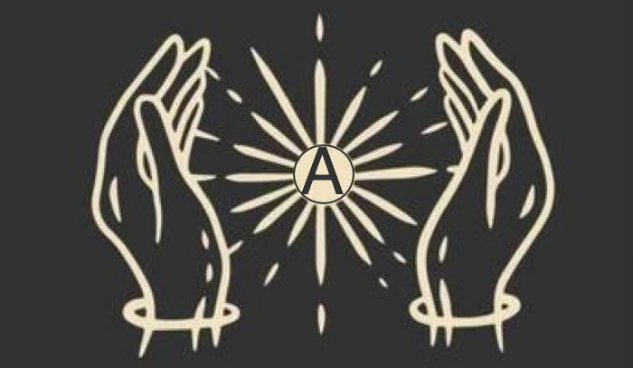 In every interaction and through every social structure, humans exercise an unavoidable psychological instinct known as self interest. It is a deep motivational factor that is inseparable from our subjectivity. Whether we are kind or cruel, it operates in the background of our decisions and persists despite our awareness of its presence. It is a definitive root feature of the human animal.

While such an amoral observation does not speak to how one ought pursue their interest, it may create a foundation on which we can explore such matters and build a politic worth having.

Self interest is intertwined with the desire to self direct. When an individual self determines, they exercise their will to freedom. The expression of that freedom, however, never occurs in a vacuum and is not shaped in a bubble. It is understood and actualized through the many spheres of social interactions we encounter throughout our lives. Interlocking webs of relationships, formal and otherwise, mold the content of our self interest in a way that reveals the importance of reciprocal freedom. A socially reciprocal environment means every individual is free to do as they please, so long as they do not prevent anyone else from exercising equal freedom. Such a condition would express perfect mutuality. It would be fitting, then, to call this atmosphere one of ethical mutualism.

We are unfortunately living in a world that falls short of the standards in ethical mutualism. Our current conditions are defined by hierarchical, large concentrations of power, money, and influence. Our political institutions are coercive and our economies grow out of historical plunder. Why is there such a gulf between ethical mutualism and the pervasiveness of domination as we know it? To this point, a crude egoism has haunted history. War, enclosure, and bigotry has conquered the world and has largely convinced us to turn away from meaningful attempts toward mutuality. Lording over others has become the norm thanks to a toxic cultural hegemony that rewards such behavior. The root of this hegemony grows from the misguided attempt at finding freedom through domination. If such a root is not cut at the base, it can grow into a mass fetish of hierarchy that persists through the retributive elimination of spontaneity. Such a vulgar attempt at order denies us true expression of our self interest by mistaking our freedom for nationalism, tribalism, and statism. Under these conditions we are taught and expected to curtail empathy and to find our place in proscribed, categorizable boxes. These expectations are maintained through coercive law and voluntarily perpetuated by those who choose to enforce it. Dominating others, then, is an exercise in a confused will to freedom. Power motivates us insofar as it offers us self direction. But a self direction that impedes on another is a vain effort towards self actualization. The will to power falls short of getting to the root of our motivations. It encourages us to participate in oppression, and seeing it through would ultimately be a denial of oneself. We do not need to lower ourselves to the level of tyrants just because Nietzsche’s god is dead.

Having largely abandoned cooperation, our current state of affairs are marked by class stratifications which entangle us in a mesh of conflicting interests that benefit some at the expense of others. At some point, it becomes inconceivable for those in power to consider moving toward social conditions that approximate ethical mutualism since their material and psychological comforts depend on maintaining the status quo. As for the many that are subject to said power, the will to freedom holds a shining, emancipatory promise of mutuality. The crucial challenge of our time is to discover creative ways out of this political maze of control.

The only political philosophy fit for realizing ethical mutualism is one that elevates freedom as its highest value. There is no better proposal or known expression of this tendency than Anarchism. Despite propaganda efforts which promote common misconceptions of Anarchy as vicious chaos and violence, it is actually an intricate contemplation on the human condition which promotes freedom more passionately than any other political philosophy. It is little known or appreciated that Anarchism has actually been grappled with throughout history at various capacities, and any honest contemporary political philosophy should also contend with the ethical problems of power and institutional violence that Anarchy challenges. For those of us who reject this normalized violence, Anarchy is our friend. It is the true expression of the self interested will to freedom and the way to realize the promise of ethical mutualism.

Anarchy posits that self-determination is so fundamentally important to the human experience, that any force in contradiction to it owes justification for denying this freedom. The vastness of ways we might be denied freedom can be expressed through a variety of culturally legitimized institutions both religious and secular. Once in a recorded video interview, well known anarchist and agitator, Emma Goldman, defined Anarchism as “a social philosophy which aims at the emancipation, economic, social, political, and spiritual of the human race.” This means, according to Anarchism, all forms of authority are undesirable and that we ought to aim toward building a society based on voluntary cooperation and free association for everyone.

The first person to ever call themself an anarchist and mutualist was french philosopher, Pierre-Joseph Proudhon. Proudhon’s Mutualist Anarchism is an expansive philosophy which includes ethical, political, and economic implications that won’t be fully explored in this article. I would, however, like to highlight some of his insights that are relevant to the trajectory of the arguments in this text. When considering how to progress toward social freedom, Proudhon took an explicit stance against what he called absolutism. For Proudhon, this meant rejecting perfect utopian end goals marked by categorizable and determined stages in history. Proudhon instead favored an open ended process that balanced the ambitious goal of freedom with our actually existing unfree concrete reality. He took a ‘progress by approximations’ approach where more and more freedom would be won through gradual pragmatic steps toward liberation. Proudhon’s perspective on the advancement of freedom is crucial to the long term success of Anarchism and we stand to benefit from this view.

Beyond Proudhon’s guidance for avoiding absolutism and utopianism, there are other pitfalls we might consider steering clear of when contemplating how to expand freedom. One of which is shrinking the goal of Anarchism to abolishing what are immediately identifiable and obvious forms of unequal power dynamics. All identifiable systems of oppression should be overcome, but so should the less obvious examples of unfreedom. It is our job to identify these systems, to move beyond them, and to build freedom in their stead.

That is why it is best to imagine the anarchist project as a gradualist arrow, not one limited to a singular focus on any given goal such as statelessness. Evolving beyond the state is a fundamental aim of Anarchy but it is not the end, because liberation, properly understood, has no limits. We accomplish certain objectives on the way to statelessness but freedom itself is unfixed and ever expanding.

There are also tactical problems to consider when we minimize Anarchism to state abolition. One of which is, if you’re serious about the matter, you may find yourself allying with hostile forces. The political nihilism of a thin anti-statism is easily co-opted by fascists, for example, who can sometimes also be interested in tearing down the status quo. Unfortunately, fascists are only interested in political subversion in order to implement an even greater authoritarianism. A wide variety of reactionaries advocate for an accelerationist agitation toward civil war. Populist number games like these are well suited for naive recruits who may be able to provide ammunition to a foolishly bloody means and end. One might unwittingly become a pawn in the murderous attempts of nazis without a broader and deeper analysis of freedom.

Beyond the problem of fascists, a thin commitment to anti-statism may also lead one to a kind of organized brutishness found in formal revolution supported by the likes of tankies. Despite giving lip service to anti-imperialism or making rhetorical gestures toward freeing labor, state-communists are not fond of projects interested in actual freedom. One need look no further than the Kronstadt Rebellion in order to understand just how deadly red-authoritarianism can be for anarchists and their passion for a world beyond hierarchy. This is why any unnuanced call for left-unity should be handled with deep suspicion.

Without the immediatism of red or brown formal revolution and with an acknowledgment that gradual approximations of freedom should be considered, one might also fall into the trap of liberal reformism. Despite this probably being the lesser of three evils, it is definitionally the type of political entrenchment that Anarchy seeks to move beyond. Getting caught in its web ensures our defeat precisely because the electoral-reformist process itself is a practical contradiction of means and ends for anarchists. That doesn’t mean we shouldn’t celebrate or encourage the liberalization of drug or border policy but, in light of the overturning of Roe v Wade in america, it should be obvious that we must imagine and learn ways to act directly toward freedom. Reform, like gradualism, moves slowly, but the potential failure of any creative, experimental insurrection costs a lot less than the energy drain of electoralism.

Unequal power dynamics manifest in a variety of complex and particular ways that can be difficult to overcome using one-size-fits-all solutions. The way in which we act directly to free ourselves and others will differ based on the situation and context. For instance, navigating around the limitations of a failing healthcare system is incredibly difficult for many people, and there may be a host of reasons why someone might consider creating or acquiring their own life saving medicine illegally. This is Anarchy in action. Similarly, it may be the case that an individual is dealing with an abusive partner or toxic parent. This person desperately needs a way to exit their vulnerable situation, and the method they use to carve a path to freedom may look very different from the struggle for healthcare. Each of these unfortunate circumstances are examples of unfreedom and it is important to highlight how they require different tools for dealing with their respective problems.

Additionally, it is worth keeping in mind that even as we experiment in freedom, the many ways authoritarianism can creep into our lives institutionally or interpersonally is very complex. So complex that they sometimes require hyper-individualized solutions that no party or blueprint could ever hope to solve. It is complexity turtles all the way down. A task uniquely fit for the gradualist arrow of Anarchy.

When we channel our self-interested will to freedom through ethical mutualism, we create a foundation on which we might consider the only political philosophy that holds freedom as its highest value – Anarchism. Reorienting ourselves toward seeing Anarchy as a gradualist arrow allows us to approach life and our passion for freedom more holistically. This proposal, while more abstract in certain ways, offers a politic that is sustainable and realistic.

All liberatory goals are important, be they short term, long term, micro, or macro. If we plant the seeds of liberation now through the creation of alternative ways of being, we can gradually expand and discover what is possible. No singular revolutionary moment is fit for achieving the standards of a living and breathing philosophy which seeks to realize what so many conservative minded see as impossible. The state may wither away along with the patriarch, but new freedoms are always around the bend, waiting to be discovered and gradually realized.