This coming Monday, April 5th, the Molinari Society will be holding its mostly-annual Pacific Symposium in conjunction with the Pacific Division of the American Philosophical Association (5-10 April) via Zoom. 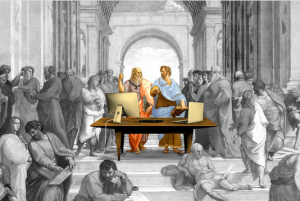 This panel has some overlap, both in personnel and in content, with the one we did in January for the Eastern APA, but it’s not identical.

Only those who cough up the hefty registration fee will be able to access the session, so no chance of free-riding this time around (the APA’s decision, definitely not ours; the APA is both pragmatically and morally confused about the costs and benefits of allowing free-riding at its conferences, but that’s another story). But there’s a substantial student discount, verb. sap. Anyway, here’s the schedule info:

I’ll be chairing the panel from the road, so let’s hope my motel’s wifi is up to the challenge. Still, can’t be worse than the Eastern session, when my power actually went out in the middle of it.