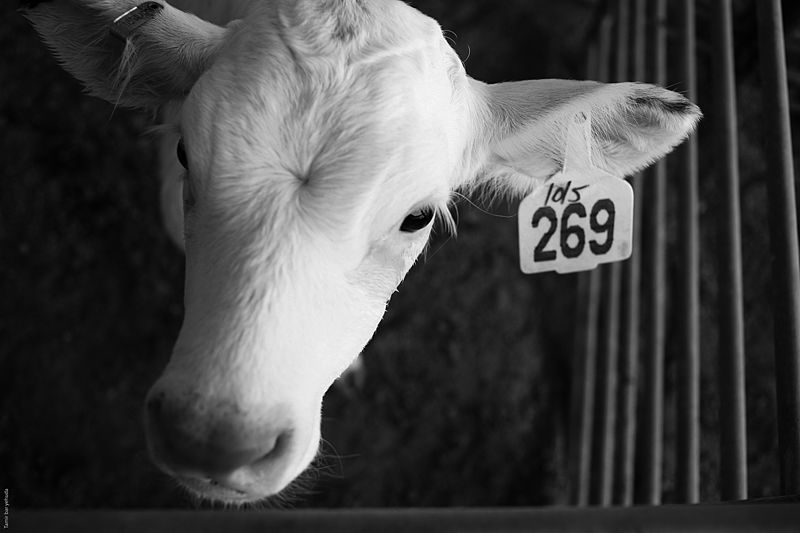 Walter Block is one of the most highly esteemed libertarian theorists in the world today.1 The Harold E. Wirth Eminent Scholar Chair in Economics and Professor of Economics at Loyola University, Block has written hundreds of articles and books on the intricacies of libertarian theory, even a cursory review of which reveals the tremendous depth and breadth of his thinking.2 Block’s logical consistency is impressive, and his iconoclastic scholarship on such weighty issues as militarism and drug prohibition warrants praise from anyone dismayed by abusive governmental power.

Notwithstanding his important insights on other topics, Block joins fellow libertarians Murray Rothbard,3 Tibor Machan,4 Roderick Long,5 and Jan Narveson6 in promoting unsound ideas about animal rights.7 According to Block, animals lack all rights because animals cannot: 1) petition for the right not to be tortured or 2) “promise to respect” others’ rights and “follow through” on that promise.8 Therefore, like several of his libertarian peers, Block concludes that humans should be allowed to torture their animal property with impunity.9

Block’s opposition to animal rights necessarily informs his ideas about a medley of serious issues. For example, it inclines Block to support the right of slaughterhouse operators to keep all the money they make from killing animals painfully. It also inclines him to support the right of private industrialists to pave over animal habitats.10 To understand the full implications of animal rights doctrine in a society based on Lockean property rights, we will eventually have to consider these ancillary positions at length. In this short essay, though, I provide just a basic refutation of Block’s case for legalizing animal torture.11 The first section describes Block’s argument, the second section enumerates my objections to Block’s argument, and the conclusion follows.

On a personal level, Block opposes animal abuse, calling it a “highly immoral” practice.12 He also predicts, perhaps optimistically, that judges in some future libertarian society will not “land too heavily” on vigilantes fighting animal abuse.13 But because libertarianism prohibits violence against humans alone, Block maintains that the legal right to torture one’s own animals is an unavoidable corollary of libertarian doctrine.14

Though he does not mention it in his 2015 article “Animal Torture: A Critique of Thick Libertarianism,” Block has elsewhere claimed that a non-human species could theoretically gain rights if it petitioned for rights and sincerely promised to respect the rights of others.15 Block extends this principle to entities that may not be “animals” as we generally understand them, suggesting that humans’ libertarian obligations to extraterrestrial beings, for example, would also depend on those beings’ ability or inability to articulate an authentic affinity for rights.16

There are three related problems with Block’s argument. First, Block assumes from the outset that the human-animal division is morally significant, even though that division’s moral significance is the very thing that Block needs to prove. Second, Block seems to make the inappropriate assumption that individuals have rights if and only if they can articulate a sincere respect and desire for rights. Third, Block pays inadequate attention to sentience when determining who has a right not to be tortured.

Let us begin with the first problem. To determine whether animals have rights, Block outlines what we may call the “articulation standard,” asking whether animals can request rights and convey an honest willingness to respect the rights of others. Because animals cannot meet this standard, Block reasons, animals have no rights. But the question itself is specious, which becomes clear when we imagine applying Block’s standard to a human group. Let us imagine, for example, using Block’s formula to determine whether human babies have rights. Unpalatably, Block’s logic would yield the conclusion that human babies lack all rights, seeing as babies can neither petition for rights nor promise to respect the rights of others.

In reality, Block has expressed support for human babies’ rights. Although he condones parents’ limited use of spanking for disciplinary reasons, Block acknowledges that grisly child abuse—grinding babies to death without anesthetic, for example—does indeed violate babies’ rights.17 It is clear, then, that Block is not prepared to hold all human groups to the standard to which he holds all animal groups. In order to justify his use of the articulation standard, though, he would need to apply it to animals and humans alike. His failure to do so suggests that he is simply intent on denying rights to animals.

Block could now respond that human babies, unlike animals, have rights because other (i.e. older) members of their species meet the articulation standard. But that response would reveal the crux of his argument’s problem. In trying to prove that all humans deserve special protection, Block’s argument unfairly assumes from the outset that traits common among other members of one’s species is what matters morally. We could just as easily, and just as unjustifiably, assume from the outset that the traits common among other members of one’s age group is what matters morally, and we could frame our question and answer accordingly: “Does the individual belong to an age group that has requested rights, pledged respect for rights, and followed through on that pledge? If not, then he deserves no rights.” Because this arbitrary formulation would deprive human newborns of rights simply because of their membership in a group—a group invoked for no particularly good reason—Block would properly deem the question unfair. However, Block’s own formulation, which promotes rights for human babies but not for their equally articulate animal counterparts, is also unfair. For that reason, we should reject Block’s question as well.

Suppose that an Apple computer were built in the shape of a human body, dressed up like a human, and programmed to say, “Please don’t torture me, and I will not torture you.” Let us also assume that this computer, designed to help and not to hurt humans, would “follow through” on its promise not to torture people. Because this computer’s utterance would sound like an earnest petition for and commitment to rights, Block’s reasoning would lead us to support rights for this computer. But if this computer forever lacked sentience, then recognizing its “rights” would be bizarre indeed. For although the computer could say that it dislikes torture, the computer would not actually feel an aversion to torture. Indeed, the computer—what with its inability to process emotions or physical pain—would lack all preferences on all matters pertaining to its own wellbeing. Therefore, offering rights to this computer would make no more sense than offering rights to tables, chairs, pillows, and other objects that are perpetually apathetic to the treatment they receive.18

Although the group of individuals who meet the articulation standard does not overlap perfectly with the group of individuals who actually desire a right not to be tortured, perhaps Block would respond that all individuals who want rights can express an affinity for rights (even though not every entity capable of expressing an affinity for rights actually wants rights). But as Block implicitly recognizes in his other writings, it is simply not true that everyone who wants rights is capable of articulating an affinity for rights. To return to a previous example: human babies are incapable of articulating any desire or respect for rights. Human adults with severe cognitive impairments may be similarly incapable. Schizophrenics overwhelmed by delusions, hallucinations, and paranoia might also fail to request and pledge respect for rights with any more coherence than an animal. And yet Block still recognizes that human infants, the cognitively impaired, and the mentally ill want and deserve rights.

Block is not alone. It seems axiomatic that sentient human beings who have harmed nobody, even if they are amoral and inarticulate, have a right not to be tortured under normal circumstances. To understand why, we should consider Rothbard’s assertion that humans have property rights because humans  “transform their environment in order to prosper.”19 In other words, humans have property rights because humans can make use of and desire the benefits of property rights in a way that rocks, rivers, and other uncreative entities cannot. Although Rothbard opposed animal rights and therefore failed to embrace the logical implications of his own reasoning, Rothbard’s premise made sense. There is good reason to believe that an entity should receive a negative right when the entity actually wants, and perceives a benefit in, the protection afforded by that negative right.20

When we use Rothbard’s premise to assess the morality of torturing animals, we necessarily conclude that torturing innocent sentient animals does indeed violate rights. This conclusion brings us to the final problem with Block’s theory of animal rights: it neglects the importance of sentience. Because a sentient being can experience pain, it should be clear that all sentient beings have an interest in avoiding the distressing experience that torture entails. To put it in terms that Rothbardians ought to appreciate: it is “natural” for sentient beings, given their aversion to torture, to have rights against torture. That the inarticulate—the cognitively impaired, the psychologically troubled, the young, and, yes, the non-human—cannot eloquently express their affinity for these rights does not matter. What matters is that all sentient beings, unlike perpetually inanimate objects, want not to be tortured. If that desire warrants official respect when it belongs to humans, then it also, at least presumptively, warrants official respect when it belongs to non-human animals.

According to Block, the sole purpose of law is to regulate human interaction, meaning that the treatment of animals should be resolved privately.21 Of course, Block is allowed to advocate this viewpoint, but so are we allowed—perhaps even called upon—to condemn the morally arbitrary and misguided calculations that bring him to his conclusions concerning the abuse of non-human species. Because it would greatly exaggerate the importance of agents’ articulateness and vastly understate the importance of their capacity for pain, any legal system permitting unprovoked assaults on sentient animals would be unjustified.