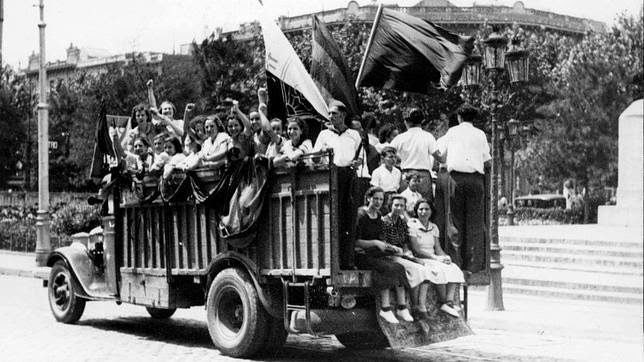 Human liberty has been won in hard fights against powerful interests and systems, but the progress of liberty can be set back. The rise of authoritarian nationalism is a serious threat to the liberty of people around the world. It is a threat that must be defeated.

In authoritarian nationalism, a select group will rule while mocking and dismantling democratic norms and liberal traditions, mobilizing the power of the nation state to reinforce their control, and often using their positions for personal enrichment. Leaders typically style themselves as champions of traditional values, selectively choosing and distorting traditions for maximum gain. The leader rallies supporters with a message of national greatness while promising that they will be part of something great if they join the movement and belittle, beat up, or otherwise marginalize its opponents. Individual differences that either do not serve the movement or make its members uncomfortable are mocked and presented alternately as threatening or as evidence of weakness. While patriotism generally sees value in the home country and provides a framework for improvement, authoritarian nationalism tends to value the country only as far as it reflects the desired arrangement of society. Authoritarian nationalists view truth mainly to be whatever serves their project or feels good for their supporters to say. Spaces that other political systems allow for reasoned debate or limited challenges to the status quo are to be controlled or destroyed.

The structures of resistance created today will be the framework of liberty’s advance in the future. General principles of resisting authoritarians can provide a basis for individual actions.

1) Do not allow the culture of authoritarian nationalism to grow in your social relations.

Resisting authoritarian culture in daily life, by whatever means available, is an important task for all who value liberty.

Authoritarianism can be sustained when it becomes rooted in daily life, in language, rituals, social connections, and means of social advancement.  The track from dehumanization to denunciation and deportation can seem overwhelmingly fast, and it must be disrupted by insisting on respect for individual rights and dignity, and disgust for those who would threaten them.

2) Participate in building structures of resistance.

Each resister must be guided by their own conscience, assessment of risk, and sense of a project’s value.

Build support networks, cooperative structures with participatory decision making, for everything from supporting research to responding to attacks.

Use the power of public opinion and boycott to discourage and punish collaboration with the regime.

Build organizations to protect and empower targets of state repression. Create or support mutual aid organizations open to those the regime and its culture attempt to marginalize. Listen to people the authoritarians try to push to the margins and understand that true liberty will never be won without them.

Make alternative options for those targeted for recruitment by authoritarian nationalists. Appealing activities of resistance will divert those who may otherwise participate in repression. At a time of political upheaval and social uncertainty, participation in resistance can allow the individual to create a sense of purpose and belonging, leaving them less vulnerable to the calls of bigots and authoritarians.

Support civil disobedience against the regime and its collaborators in their attacks on the public. Share resisters’ stories as much as they are comfortable with, and be ready to back them in the streets or in the courts.

3) Participate in rallies and protests.

Where authoritarian nationalists would carve up zones of control, sometimes through collusion and sometimes through conflict, the free people of the world should understand that the fight for liberty transcends borders. The freedom of the refugee strengthens the freedom of the citizen. The struggle for freedom in Russia and the struggle for freedom in America are parts of the same fight, though they be fought on different lands and different terms. The people advancing liberty against autocracy and religious terror in the Middle East are fighting for the future of our world.

5) Engage in the information war.

Authoritarians are typically not interested in rational discourse. Their pronouncements are power plays. The message in their statements is that they can define the terms of discussion and they will not be challenged. Their subjects are expected to accept reality as the rulers define it or accept a state of confusion and helplessness that prevents them from challenging the regime. Challenge their statements, boldly, repeatedly, and truthfully. Challenge them in public spaces. Challenge them in spaces where the ruling ideology is comfortable to say what it wants. Deny them control of discourse. Advance a narrative of truth and inclusive liberty.

6) Prepare for self-defense on individual and collective levels.

Reactionaries often become violent when they feel they can get away with it or when they feel their power is threatened. This can take the form of street violence against visible dissidents, and in more extreme cases it can take the form of attacks on the homes of political opponents, mob violence, or even assassinations or mass arrests. The threat of violence is often in the background, and the prudent person will take steps to prevent the threat level from rising. People resisting authoritarians should be prepared to defend themselves and their communities by any means necessary. Community resilience can mitigate the effects of violence, and a strong defensive posture can prevent attacks of opportunity.

7) Use valuable institutions and support people when they use them to do good.

Political bodies and administrations are made up of people who may respond to different pressures. It makes a difference who occupies offices. While there is a limit to how much change can be won from inside the system, people controlling various parts of the system can make the environment more or less friendly to the projects that need to be made.

Institutions of law-making and law enforcement have been used to repress socially marginalized people and dissident political movements, but they can also become roadblocks to autocratic expressions of power.

For your freedom and mine, let’s make a world we can be proud of having a hand in creating.