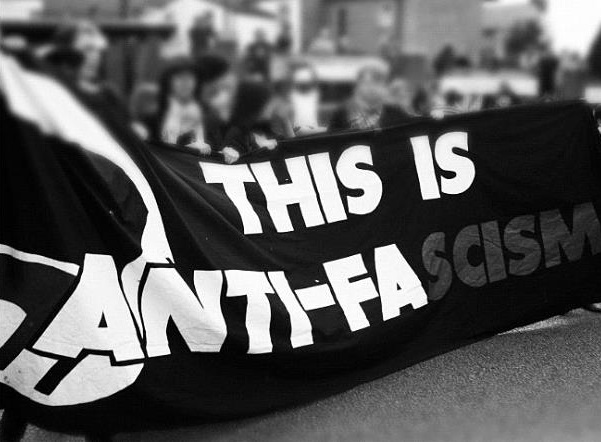 Let’s face it — the libertarian movement’s flirtations with paleoconservatives over the years have put us in the situation we are in today. Alt-righters and other self-proclaimed fascists, white nationalists, and racial separatists feel that they can use the libertarian movement as an effective recruiting ground: despite their willingness to crush individual liberties in order to achieve their goals. However, the roots of libertarianism are anti-fascist. We should continue to take a strong anti-fascist stance if we are to be consistent and true to our movement’s lineage.

Back in the movement’s more explicitly socialist days, many of the early American libertarians were pejoratively labelled as prematurely anti-fascist. This took place at a time when the American government was on relatively good terms with Fascist Italy and (to a lesser extent) Nazi Germany. Some of these libertarians felt that the fight against fascism was so important that they travelled to Spain and formed the Abraham Lincoln Brigade to fight with the Second Spanish Republic against its fascist enemies: briefly liberating Catalonia and turning it into an experiment in libertarian communism.

Today, the American libertarian movement is largely based on two other traditions: the social anarchist/libertarian socialist movement and classical liberalism. Classical liberalism also has its own anti-fascist tradition, exemplified in thinkers such as Ludwig von Mises. In the early days of Italian Fascism — when it was still generally viewed as favorable by the Italian population for its strident opposition to authoritarian strains of communism — Mises wrote in his book Liberalismus that, “the great danger threatening domestic policy from the side of fascism lies in its complete faith in the decisive power of violence.”

So much for the domestic policy of Fascism. That its foreign policy, based as it is on the avowed principle of force in international relations, cannot fail to give rise to an endless series of wars that must destroy all of modern civilization requires no discussion. To maintain and further raise our present level of economic development, peace among nations must be assured. But they cannot live together in peace if the basic tenet of the ideology by which they are governed is the belief that one’s own nation can secure its place in the community of nations by force alone.

This damning critique of fascism was written in the early days of Benito Mussolini’s rise to power: before the true threat of fascism was made clear. Although he was not “slandered” as being prematurely anti-fascist, there is no doubt that Mises was anti-fascist at least six years before anti-fascism became a mainstream tendency. Once Germany began mixing fascism with genocidal racism, Mises knew he was in danger. In 1940, Mises and his wife fled to New York City to escape Nazi persecution. He resided there until his death.

The idea that modern-day fascists could make any successful inroads into a movement historically accused of being anti-fascist before most others seems downright absurd. Sadly, this is exactly what has happened. With Augustus Sol Invictus and others running for office under the Libertarian Party, Milo Yiannopoulos expressing “anarcho-capitalist” sentiments, and the Hoppe Caucus inviting Richard Spencer to ISFLC17, it is time to loudly and clearly reaffirm libertarianism’s anti-fascist stance.

With this in mind, we salute the efforts already being made by such folks as Adrian Wyllie, who chose to resign rather than serve a party that gave a platform to people like Invictus. We salute Jeffrey Tucker, who has done much work since ISFLC17 to make it clear that fascists are not welcome in our circles. We salute Students for Liberty for banning Richard Spencer and the Hoppe Caucus from any and all SFL events. We salute Will Coley for making Richard Spencer feel unwanted at ISFLC17 and not allowing people like Augustus Invictus to have a platform without debate. We salute the dissenters who drove the Mid-Atlantic Liberty Festival from its intended venue after they refused to uninvite Invictus and fellow fascist Raquel Okyay. We salute Derrick Broze for putting out several videos explaining why fascism and libertarianism cannot be in alliance. Most of all, we welcome the newly-formed Libertarian Anti-Fascist Committee for trying to unify these efforts into a united libertarian front against fascism while attempting to network with the broader anti-fascist movement.

Libertarianism and fascism cannot co-exist. The former is based on non-aggression and the latter is rooted in oppressive violence. We must not fall for their rebranding as “voluntary separatists” or any other propaganda they produce in attempts to enter our spaces and recruit for their anti-liberty causes. Jeffrey Tucker said that there’s no place for fascists at an anti-fascist conference; the LAFC backs that up and carries the idea further by taking the position that there is absolutely no place for fascists anywhere within an anti-fascist movement. So let’s reclaim libertarianism’s legacy of anti-fascism and drive them out of our movement once and for all!