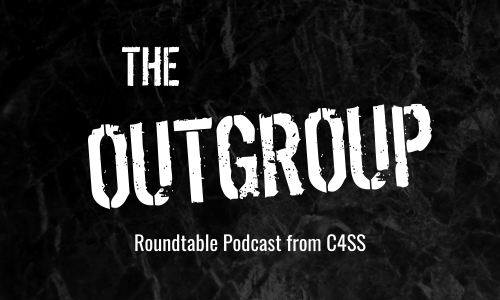 The Outgroup: Industry Baby, Climate Change, & The Space Race
C4SS | @c4ssdotorg | Support this author on Patreon | August 9th, 2021
You can subscribe to Mutual Exchange Radio on iTunes, Stitcher, and Spotify. To get past and future Outgroup episodes, become a supporter on Patreon!

We’ve released this episode of The Outgroup publicly both as a way to announce our new Patreon levels and as a sort of apology for the recent gap in MER episodes. Thanks for your patience while we sorted things out! Mutual Exchange Radio will be back at the end of the month.

In the meantime, we hope you enjoy this episode of The Outgroup, featuring Alex McHugh, Logan Marie Glitterbomb, Evan Pierce, and Joel Williamson. This one’s a little explicit, but it’s a lot of fun. We talked reactions to Lil Nas X’s “Industry Baby,” analyzed the billionaire space race, and stick around until the end for a quick round of the “Ideologue Game.”

If this preview isn’t enough to convince you, check out the recently upgraded support tiers over at the C4SS Patreon. We’ve added a new zine, and up to FIVE books for high-level sponsors. So if you’ve been trying to fill out your left-libertarian library, consider becoming a supporter today. Now, you can be part of the…

Thanks so much to our Patreons for your continued support!