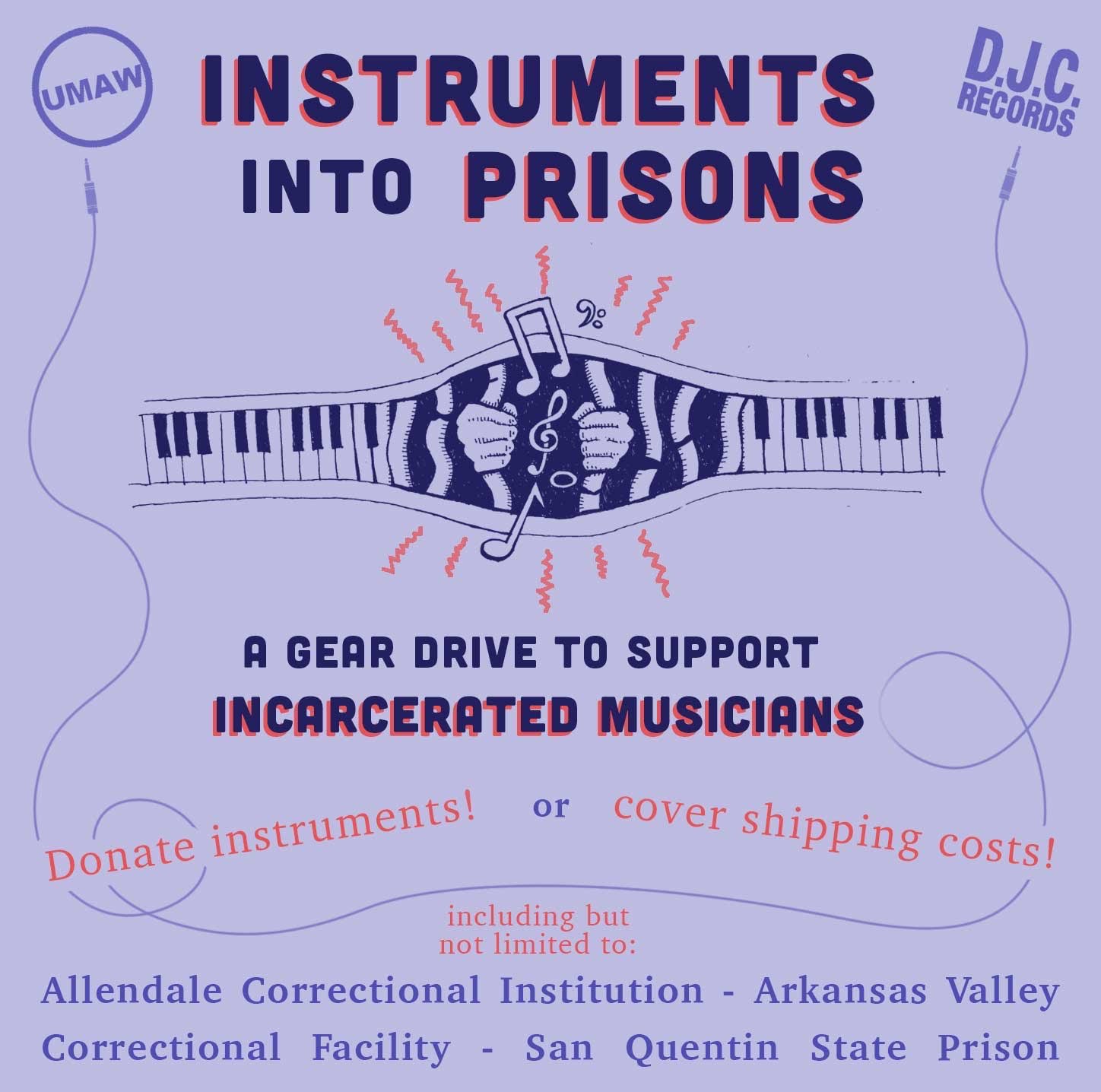 Incarcerated people are still people. I am appalled that this is not common sense to everyone. Yet the opposite attitude constantly appears both implicitly and explicitly among a disturbing number of both members of the populace and U.S. government policies. From being denied certain kinds of reading materials all the way to being denied genuine human contact through solitary confinement, incarcerated individuals are treated as if they are not entitled to the essential forms of expression and connection that people need. One of these is music, but it has a long history of defiantly persisting despite the inhumane environments of bondage and incarceration. This can be traced back to the field hollers and spirituals of Black slaves to—post-emancipation onward—the prison work songs of forced laborers such as those recorded at state penitentiaries in Louisiana by ethnomusicologist Dr. Harry Oster in the 1950s. And this defiance persists to the modern day where, as Vernon Cook—who was sentenced in 2008 to 22 years in prison—describes, “Music is needed when you have 22 years hanging over your head. It was a godsend for me. In the band room, we became like brothers.”

This is why it is essential that as we continue our struggle to abolish the prison-industrial complex and the very institution of prisons entirely, we must support the expression of incarcerated people through music. Therefore, the Police Abolition (PoAb) Committee of the Union of Musicians and Allied Workers—the musicians union I am a part of and you may have heard of through our “Justice at Spotify” campaign—has partnered with Die Jim Crow Records—a record label run for and by incarcerated and formerly incarcerated folks and their allies—to help meet supply of music equipment (used and new) with demand from musicians within prisons through our DJC x UMAW Instruments Into Prisons campaign. If you have music equipment—including but not limited to microphones, midi cables, keyboards, drum kits, an alto saxophone, guitars (acoustic or electric), 4- to 8-track recorders, and teenage engineering pocket samplers—you would be willing to donate, please fill out the form HERE. You can also make monetary donations to support the shipping of donated gear and the purchase of additional gear through the donation page HERE. Also, check out the general website HERE.

Some of the groups and projects we’re looking to support initially are The Masses—a hip hop group formed at Allendale Correctional Institution made up of members Carlos, PC, Mac, Silent Jungle, i-Self, Tú, Wan, Big Clay, Bob-O, and Kev—who are looking to release an album in 2021, and Michael Tenneson—one of the lead artists on the forthcoming project Territorial—as well as others at Arkansas Valley Correctional Facility. Folks at San Quentin State Prison have also expressed interest in receiving gear.