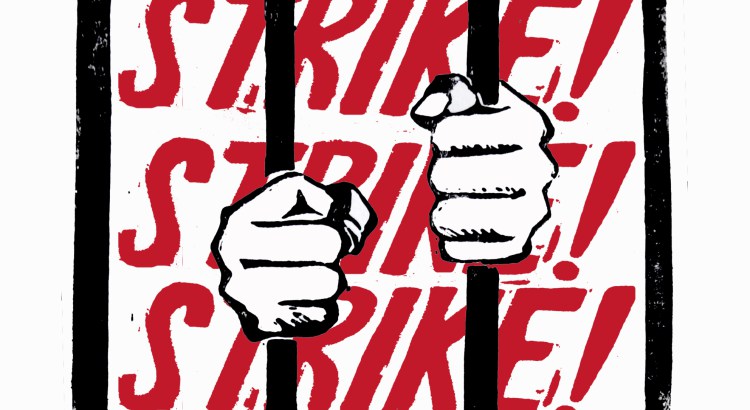 The cages are rattling again all across the nation. Today marks the launch of yet another nationwide prison strike. Following the wave of strikes this year, from the MLK Day strike to the Juneteenth strike, prisoners are once more organizing to have their demands heard and things only look to get louder and more organized as time progresses.

The American prison-industrial-complex has a long history of racism, classism, and xenophobia, stretching back to its roots in the systems of chattel slavery and indentured servitude. In the aftermath of the 13th amendment, which simultaneously claimed to end slavery while blatantly enshrining prison slavery into the American constitution, the launch of the War on Drugs under Richard Nixon, the expansion of mass incarceration with the largest crime bill in American history (the Violent Crime Control and Law Enforcement Act of 1994, written by Joe Biden and passed by Bill Clinton), and the school-to-prison pipeline, we are left with a system that is rigged against the average citizen, especially those most marginalized by society as a whole.

Immigration and Customs Enforcement (ICE) is an expansion of the police state under the jurisdiction of the Department of Homeland Security, all of which was established in the aftermath of the 9/11 terrorist attacks along with the PATRIOT Act and all of those other wonderful civil right violations from the Bush era. Being a fairly recent development, a majority of citizens can still easily envision a world without ICE and therefore have fewer qualms about calling for its abolition as compared to other aspects of the prison-industrial-complex.

The fact is that the police state ruins lives, kills innocents both in the street and behind closed doors, separates families, extorts money, profits off of the misery and labor of others, enforces economic protectionism, and upholds the oppressive political will of the capitalist state. That rings true from the halls of the juvenile court system on down to the DHS. So how do we fight against it?

Well luckily folks already are fighting that good fight so the best thing to do is join their efforts. This year prisoners are striking nationwide from August 21st through September 9th, the anniversary of the Attica Prison uprisings.

The strikers are demanding the following concessions:

Please write to inmate organizers if you know any. Other options include finding a local chapter of the Industrial Workers of the World and see if the have an Incarcerated Workers Organizing Committee. If they do not, then contact your local IWW branch or IWW national about starting an IWOC chapter. You can also look for solidarity protests or noise demos at your local prison, prisoner work camp, or a business that utilizes prison labor such as WalMart, Victoria’s Secret, or Starbucks. There are also phone zaps, letter writing campaigns, and other local and national efforts one can participate in. Is there nothing happening near you? Launch your own based on the needs of your area. If nothing else, you can always pass out leaflets and flyers or perform a banner drop to help spread the word and show solidarity.

While inmates have been coordinating and executing a series of strikes and actions, a brand new Occupy movement spontaneously formed after a vigil in Portland with a more radical bend and a more singular focus: #OccupyICEeverywhere. The Occupy ICE movement has taken off with people setting up encampments in front of local ICE facilities, disrupting daily business, and locking themselves down to blockade entrances in various cities across the nation. Many occupations have already been evicted but much like the Occupy movement of old, the loss of their physical occupation was by no means the end of their movement.

To support their efforts, consider linking up with your local Occupy ICE chapter or (re)forming one in your area. For those looking for efforts beyond physical occupation, many local Occupy ICE groups have localized efforts including targeted campaigns against landlords of ICE facilities, rapid response groups, sanctuary efforts, and more. Some have even joined forces with the Dream Defenders’ Geo Cages campaign to defund Geo Group, which is one of the largest private contributors and profiters of the prison-industrial-complex, from federal and state prisons to ICE detention centers. The Geo Cages campaign is one that strikes right at the intersection of both branches of the police state, uniting the campaigns against ICE and against prison slavery. After all, in truth they are the same battle. In response to the campaign, Geo Group recently sent a cease-and-desist letter claiming the group was libeling them but of course Dream Defenders and the ACLU are teaming up to fight back.

If we are to ever end this unjust “justice” system, we must united efforts and work together. Whether it’s as IWOC, Dream Defenders, Fight Toxic Prisons, Occupy ICE, the Free Alabama Movement, some other organization or affinity group, or just as an individual, we must all do what we can to support the efforts of those fighting to abolish the prison-industrial-complex in all of its incarnations. That is why we stand in solidarity with the efforts of striking prisoners today and through all their battles to come. Keep up the good fight, comrades. One day we shall tear down the prison walls.