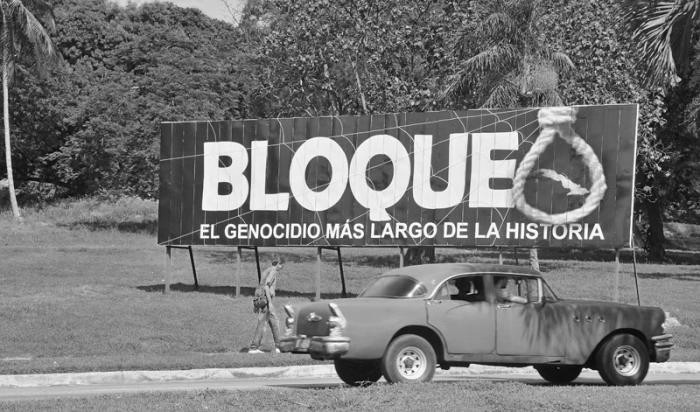 Last week, President Trump announced intentions to roll back the Obama administration’s opening of relations between the U.S. and Cuba. Trump called for stricter enforcement of the ban on Americans visiting Cuba as tourists, as well as doing business with Cuba’s Armed Forces Business Enterprises Group: a conglomerate with ties to the Cuban State.

While Trump uses human rights concerns as a justification for the renewed embargo, his genuine lack of concern is made evident by his business dealings with far worse regimes such as Saudi Arabia, which he recently visited, and promised to sell weapons to. Not only is the Saudi regime a brutal, totalitarian monarchy, but it has shown complete disregard for the rising civilian deaths in its ongoing bombing campaign in Yemen. Weapons sales to Saudi Arabia are nothing new for the US government. Such deals were routinely made by Trump’s predecessors. Unsurprisingly, Trump excluded Saudi Arabia from his failed “travel bans” despite it being a known producer of Islamist terrorists, and he has bragged about making real estate deals with Saudi nationals prior to his election.

This is not to downplay the totalitarian horrors of the Cuban state, but we must realize that decades of hardline embargoes and travel bans against Cuba have failed to free the country from the perennially autocratic Castro regime. It has only served to keep the Cuban people poorer and more isolated from the rest of the world, while costing American businesses over a billion dollars per year in lost opportunities. Poverty and isolation only serve to reinforce the Castro regime’s power, as its people are insulated from the example of what a freer society looks like, and left dependent upon the Cuban state.

The embargo’s status as a failed policy is most apparent when one remembers that it has been in place since the 1960s, and has outlived the Cold War, which served as its original justification in the first place. By contrast, allowing the Cuban people to trade and visit with the outside world will only build further momentum for more freedom at home.

Sadly, it is the influence of Cuban exiles in Florida who all too often have pushed for maintaining the embargo. While I can sympathize with their desire to see the Castro regime brought to an end, pushing for policies that hurt ordinary Cubans living on the island is not the answer. Unfortunately these Cuban exiles and their relatives in Florida form a powerful voting block, thanks to the Electoral College, which ensures that the whims of swing state voters have a disproportionate influence on the political system.

Cutting off Cuba from international trade and tourism is bad for American businesses and consumers, and especially the majority of people living on the island. It is a clear pandering to a voting block that is understandably resentful of a brutal autocratic regime, but ultimately wrongheaded in their approach to opposing it. It cannot be anything else, as Trump’s dealings with other authoritarian nations demonstrate his hypocrisy when it comes to human rights; he is perfectly willing to invoke them when he wishes to pander to his base, but completely ignores them when it comes to his friendliness with the Saudi and Russian states.

Such hypocrisy is what we ultimately come to expect when we let the state dictate who we can trade with, visit, and interact with. What the Cuban people need is free trade and open borders, so they can choose their own destiny and make their own decisions. The same goes for all of us.