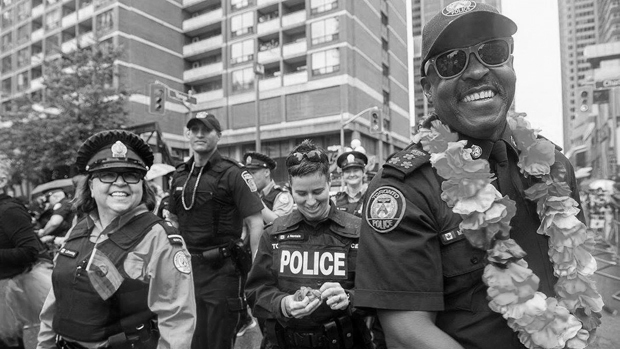 This is the first part in a series called, “Nice Cops and Other Cryptids” exploring apologism for prominent agents of the state.

I am of the ACAB (All Cops Are Bastards) and FTP (Fuck The Police) ideological lineages: even though, as a blameless bastard child, I resent the comparison. However, many who engage in this critique of state-backed mercenaries fall into rhetorical traps at the simplest rebuttal. This is because we are quick to make generalizations where they are either inappropriate or unnecessary. The nice cop, like other cryptids, is a “Schrödinger’s asshole” of sorts: it simultaneously exists and does not exist. In a valiant attempt to cede no ground, the radical doubles down on broad stroke entrenchment. Simultaneously, the liberal — seeking humanity and sympathizing with the propaganda of these agents of state violence — overly embraces decontextualized narratives that promote harm reduction and kindness as solutions. Radicals need not feel cognitive dissonance when they meet seemingly “nice cops,” “good soldiers,” “liberal border patrol agents,” or “unbloodied feds.” These things are obvious outgrowths of the system and do not in any way undermine a strict anti-statist appeal.

A cop, soldier, fed, migra agent, and the like, can all hold exceptional ethics relative to their context and still be beneficiaries and enforcers of unjust cruelty. To preempt appeals to Godwin’s Law; you can be a good Nazi and a terrible person. In fact, they go hand in hand. The stronger the personal integrity of the statist criminal, the better the propaganda value they hold. The same goes for agents that utilize likability, contextual politeness, interpersonal kindness, community service, and the like. They are uniquely valuable weapons! The fact is that most terrible people think they’re good, or at least cling to certain symbolically good acts as a means of keeping their cognitive dissonance at bay. Aside from a few committed sociopaths with a Nietzschean drive for power, most terrorists identify as the good guys. Within this dearth of ethical integrity, there are also those that hold themselves to a standard of behavior far above that of their colleagues and those around them. They may set an example that others in their field aspire to follow, giving false justification to the widespread belief in the rightness of their cause. These people can serve value as agents of reform, be totally likable, never kill a soul, or break their code of ethics, and still be susceptible to the ACAB assessment formula. Are you a cop? If yes, then you’re a bastard.

In creating a general dismissal of the possibility of any good from these actors, we not only ignore the possibility of them holding relative ethics; we may also accidentally dismiss the possibility or value of reform. Even if abolition is our final goal, as in most cases it should be, reform isn’t always inherently bad. In fact, many types of reform should be actively sought after. If we could completely defang our police by removing their weapons and making them into Japanese style tour guides, that wouldn’t be such a bad world by the standard of the present. Likewise, I would love our soldiers to be held accountable for their casual war crimes that we condemn with such hollow righteousness internationally. I hate cops and advocate aggressively for de-escalation trainings, disarmament, community accountability boards, defunding, community policing, and delinking them from ICE (Immigration Control Enforcement) and Border Patrol. Advocating for these short-term reforms is simply a harm reduction strategy that should not be interpreted as subverting or minimizing my whole-hearted commitment to their complete and utter disenfranchisement and abolition. In the meantime, I’d like them to stop killing us. I personally don’t actively prioritize extremely slow and labor-intensive non-direct modes of legislative reform, but I won’t stop those that do. I’m glad when they have victories and generally support their work as long as it doesn’t serve to a) justify or minimize the existence of continued extreme violence on the basis of small incremental change, b) justify increases in funding (funds can be diverted away from existing excesses rather than expansions), or c) serve to criminalize, endanger, or ostracize activists pursuing a wide range of more diverse or direct tactics. Basically, as long as the reformists aren’t snitches and apologists who actively hinder other work, I’m super down with them being part of a long-term solution. Obviously reform is a double-edged sword and sifting out its self-preservationist tendencies from its net benefits is a messy game, but a nuanced support for harm reduction is justified.

Agents of statist violence are not class allies or your friends. Even the better ones are blood-soaked. That being said, we can interrogate what both improvement and propaganda mean, in marking our territory against violence and organized coercion. We are all ethically compromised. No one is innocent but agents of statist violence hold an increased culpability for the preventable suffering that marginalized people face, and as such are the inheritors of the means of unacceptable violence.

I’m beginning my discussion with cops because they’re the easiest and most common target of defensive mainstream rebuttals and anarchist acidity. While the insurrectionary anarchist may watch riot porn of SWAT team members catching leaping kicks, the liberal will seek to uphold the “good cops” as models for their community. The average person is by no means an anti-statist and will not have that larger framework to draw on, even though it doesn’t take reading a book to distrust the boys in blue. In line with the liberal approach, community policing has become the hip new in-phrase for much of the same-old police violence but with new embroidery and decorations. That being said, community policing is both shit and largely preferable to the present context.

I once attended a discussion about the importance of kindness in policing. During this event, a police chief attempted to paint his cops as the kinder alternative to the police of neighboring cities. This was obviously shameful propaganda but also in a sense quite true. This police station is “nicer” than those of the local bigger cities and more aggressively anti-Border Patrol. When anarchists rightly pointed out a number of recent devastating crimes by this agency and the chief both refused to account for them — motioning to escalate the tensions — the anarchists became increasingly aggravated. They finally began blocking the police chief from speaking and generally trying to shut down the entire premise of the event. This was an intellectually honest approach; however, the impact, like that of much anarchist and anti-fascist action, was to alienate the liberals in the room. The liberals and the anarchists began sparring words until the event was partially shut down by the (ethically implicated) owner and the anarchists were more or less forced to leave. After the bulk of the noisier anarchists left, the remaining few anarchists and the mass of liberals encircled the police chief and a few local peaceniks went as far as to welcome him to the town. The anarchists had completely lost the support of the ostensibly police-critical liberals. In taking a hard stance, they had shifted the Overton window and given the liberals greater freedom to critique without seeming “rude,” but they had also made it very easy for the crowd to paint the radicals as ignorant and without nuance. The liberals had come to the police chief’s defense countless times as the conversation escalated, proclaiming “Give him a chance!” or “This should be about dialogue!” In one (even more telling) outburst they shouted, “You claim to be against domination but you’re dominating him!” This implied that they have no grasp on the power to kill or incarcerate and where it lived in that room. One of the anarchists who was previously quiet remained through the conversation that followed and was able to hold him accountable to a greater degree as a result of the already-shifted Overton window and her willingness to remain in an annoying and inherently compromised dialogue.

The real issue with this incident was not whether or not anarchists are favorable to the public. Generally speaking, we should not be overly concerned with public approval. The problem was that kindness serves not to reduce harm, but rather to obscure it. No amount of kindness will make the police cease to be the enforcers of structural racism, mercenaries to the heinous War on Drugs, beneficiaries of civil asset forfeiture, fuelers of the prison-pipeline-industrial-complex, dramatically more likely to be domestic abusers, and largely power-driven ideologically stunted man-babies with increasing access to military surplus equipment and the systematic knowledge of their ability to use it with impunity. No matter how nice they are and even if they never fire their gun once, they still uphold this system and are accountable for its crimes: even if the degree to which this is the case varies.

Furthermore, scratch the surface of almost any “nice” cop and you will almost always find a sadistic fascist. I recently attended a tactical gun training which, like the vast majority of them, was taught by a former cop and a high level military officer. It was filled with casual racism and the glorification of American violence. For me, the tricky part was that the retired cop was, in a sense, immensely likable. He was a very jolly and carefree grandpa-esque figure who showed me little kindnesses as the only woman attending the class. However, as the multiple-day training progressed and we all became more familiar with each other, little things began to show through the surface. At one point, he delighted in making a violently homophobic and racist remark about Iraqis. The next day, he laughingly admitted that he loved watching people get sicced and torn apart by K-9 units. Despite this horrifying lapse in ethics, at many points he was careful to place himself as a morally superior police officer, condemning the poor choices of officers who “broke code” whilst pinning the rampant murders of unarmed African Americans by U.S. police on “non-compliance.” He made a statement that implicitly admitted to having killed people and yet, this kindly grandpa — giving impassioned tirades about ethical policing — seemed completely unencumbered by guilt, shame, or remorse. At least his co-trainer had that steely-eyed post-war trauma in his face (coupled with racism and sadistic delight), but the cop looked as though he hadn’t missed a night of sleep in the last 30 years. If he did, it wasn’t his conscience that did it.