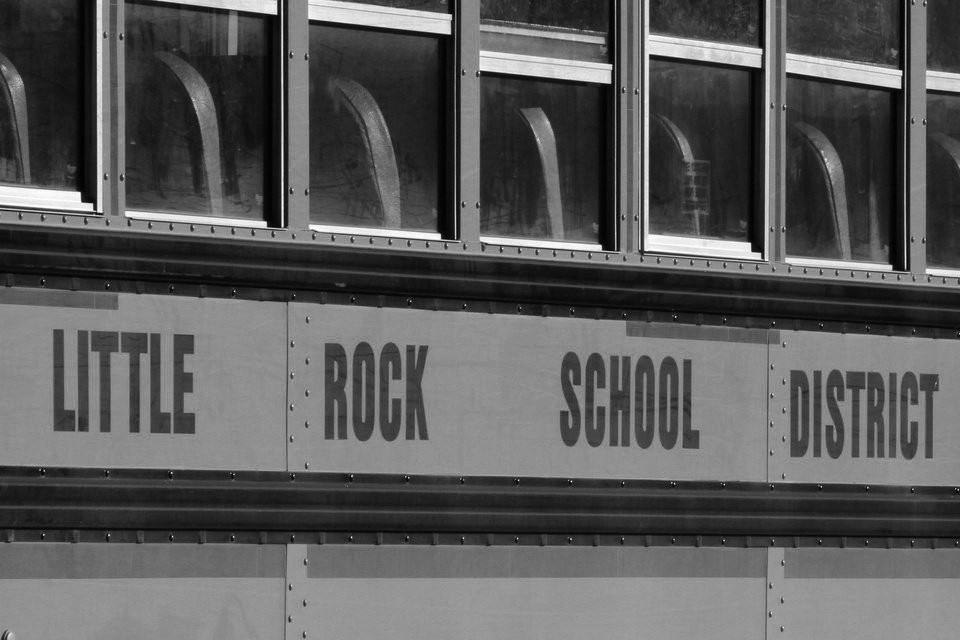 If You Call It “School Choice,” You’ll Go to Hell
Kevin Carson | Support this author on Patreon | May 8th, 2017

Right-libertarian shills for school charterization like to use the euphemism “school choice,” which is about as misleading as referring to proprietary walled garden platforms like Uber as the “sharing economy.” The charter school movement’s inroads occur, almost without exception, in places where choice has been suppressed by the state. The Charter Mafia hates choice. Charterization, where it occurs, is imposed by a process about as free and democratic as the National Party coup that established Apartheid in South Africa.

Charterization is just another example of the kind of corporate “privatization” that is advocated by right-libertarians, in which public assets created at taxpayer or ratepayer expense are enclosed by politically connected private actors. Such enclosure, of land and of everything else, has been with us since the beginning of ruling classes and states. Such enclosures, and the battles against them, were described in Livy’s history of the Roman Republic, where commonly owned public lands were enclosed by the patrician landed oligarchy.

We find the model of “privatizing” taxpayer-created assets and services — i.e. selling or contracting them out to corporations — almost exclusively in places characterized by what Naomi Klein calls “Disaster Capitalism,” where some extraordinary circumstance has given the capitalist state unaccountable authority to transfer public assets to its private sector cronies. Hence the mass “privatization” (a.k.a. looting) in Chile after the Pinochet coup, in Russia after Yeltsin’s seizure of power and forcible suppression of the Duma, in Iraq under the “Coalition Provisional Authority” puppet government installed by the United States, and in the Michigan municipalities placed under the dictatorial authority of state-appointed “Emergency Managers.”

In the United States, similarly, we see large-scale charterization in places like New Orleans after Hurricane Katrina, where government seized emergency powers and a major part of the black population was in exile far from home. We see it in places like Detroit under the above-mentioned emergency managers, and Chicago under the corrupt and authoritarian administration of Rahm Emanuel. And we see it in my home state of Arkansas, where the largely black Little Rock school district was taken over two years ago by the state, which has taken advantage of the suspension of local control to push charterization in cahoots with private interests like the Walton Family Foundation.

To add insult to injury, the Charter Mafia are (having removed the school district from local control) attempting to bully the people of Little Rock into approving a property tax millage increase for the school district which is now completely unaccountable to them, so its charter-happy absentee management can promote their agenda.  A vote on the $600 million tax increase is scheduled for May 9. (“Stockholm syndrome, a tax dodge and empty promise in Little Rock school tax election,” Arkansas Times: Arkansas Blog, April 11).

Advocates for the tax increase are actually using the issue of local control to blackmail voters into approving it. Bobby Roberts, a leading spokesman for the tax campaign, warned: “If the citizens of Little Rock cannot pass this, if I were [Arkansas Education] Commissioner Johnny Key or I were the governor I would say, ‘I am in no hurry to turn this school district back over to an elected school board because there is no support in the community for it.'” Sound familiar? “I have changed the terms. Pray I do not change them even more.” But as fond as the Charter Mafia is of using the stick, it has little interest in offering a carrot. The state has responded with stony silence to requests to reassure voters with a concrete date for the return of local control.

But their bullying has been met with resistance. Senator Joyce Elliot and former School Board member Jim Ross have announced their opposition to the millage increase. And among the local public, suspicions run high of Education Commissioner Johnny Key — the sole authority over the Little Rock school district — and his pro-charterization agenda. It’s also widely suspected that the “majority black school board control fed the Chamber of Commerce-led campaign to abolish the board” in the first place (“Governor kills bid for local control of Little Rock Schools,” Arkansas Times: Arkansas Blog, April 5).

Key himself hasn’t done anything to assuage voter concerns. Besides his refusal, along with the governor, to offer any hope for a return to public control, Key has steadfastly refused to attend public meetings with local residents and parents. He has not faced public scrutiny in any way. (“School activist says no to LR tax; backers hope for low black voter turnout,” Arkansas Times: Arkansas Blog, April 9).

And finally, the white business establishment that promoted the state takeover also promotes charterization. It is promoting the millage increase: plotting to win on the issue by scheduling the property tax vote for a special election rather than as part of the general election ballot, so as to suppress black voter turnout.

The tax increase, according to the ballot measure, will be for the general purpose of capital or technological improvements, with no specific allocations that the district can be pinned down on and held to after approval. And any surplus may be spent for “other school purposes.”

Some local residents fear that the “capital improvement” spending might go disproportionately to corporate welfare for charter schools, while starving traditional public schools of upgrades to plant and equipment. This is quite understandable, given the state and local government’s cozy — perhaps incestuous — relationship with the charter school pushers.

For example, charter schools have the right of first refusal on any unused buildings sold by a public school district. And in the state House, a bill recently cleared committee that would not only require school districts to itemize their entire inventory of underutilized facilities for more convenient shopping by charter school interests, but forbid them to sell any such property to any buyer but a charter school for two years (“Bill Would Prevent School Districts From Selling Unused Buildings to Anyone Other Than Charter Operators For Two Years,” Arkansas Times: Arkansas Blog, March 7). That’s the same kind of restrictive bidding process used to lease federal land. Only the handful (or fewer) of corporations in a relevant industry (e.g. timber, oil, mining, etc.) are allowed to bid, thus keeping the final price low. A rigged auction, in other words. It’s also typical of the right-libertarian model of “privatization,” which — again — amounts to looting the commons.

This kind of wasteful public spending to subsidize charter schools seems to be a common thing. California, for example, spent $240 million in taxpayer money and subsidized another $425 million in private sector capital spending to open 450 new charter schools in areas that already had more than enough classroom space (“Spending Blind: The Failure of Policy Planning in California’s Charter School Facility Funding” In the Public Interest, 2017).

Getting back to the Arkansas banana republic; if anybody should have right of “first refusal” of community assets, it should be the community itself. Not the local government, but the actual community, which paid to build the facilities in the first place. Unused school and office buildings could be repurposed as community hubs to house hackerspaces and workshops, free universities, tool libraries, farmers’ markets, low-cost hostels, and the like. Unused land — like all municipal land — should be incorporated into community land trusts, providing a perpetual and inalienable commons of low-cost land for housing that can serve as the kernel of a commons-based system of local land ownership.

This model, of mutualizing municipal property and opening underutilized buildings to community functions under the governance of the community itself, is being promoted in cities all over Spain — most notably Barcelona and Madrid. In these cities, local citizen coalitions, organized by former M15 activists, have taken over. And unlike the corporate enclosure — or crony capitalism — promoted by fake “free market” advocates in America, this is an actual libertarian policy. Which makes it a dead certainty that we’ll never see any of the “charterization” pushers like the Kochs, the Walton Family Foundation, or Reason magazine advocating anything like it.

So there you have it, folks. That’s how the “school choice” sausage gets made. The main forces behind it are corporate lobbyists and their pet “nonprofit” foundations working to impose their agendas through government with the help of their special insider access, and to line their pockets from the public treasury. They achieve success mainly in areas where elected governments have been suspended and replaced with appointed dictatorships that share their agenda. And for all their rhetoric of “empowerment” and “choice,” they do everything in their power to keep the public out of the policy process and minimize public scrutiny. To borrow a phrase from Jesus, they do evil and hate the light. I don’t know what branding genius came up with the term “school choice” for this authoritarian railroad job. Probably the same one who coined “sharing economy” for corporate platforms like Uber. They’re certainly going to the same place in hell.