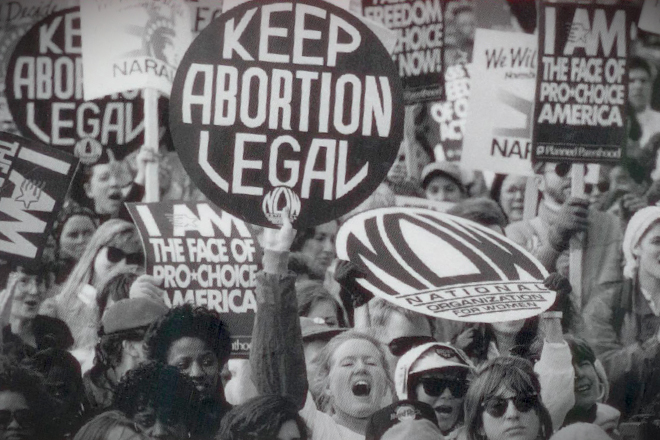 The Paradox of the Political Right’s Opposition to Abortion
Vishal Wilde | Support this author on Patreon | April 25th, 2017

Generally, people on the ‘right’ of the political spectrum are more vocally against abortion. If they do agree with it, it’s usually only in some limited capacity (such as when an unplanned pregnancy is the result of rape or incest). On the other hand, the political left tends to be far more vocally supportive of abortion rights. How, then, can we understand the Right’s opposition to abortion and work with them to improve outcomes for everyone? Reproductive rights are a very controversial and emotive issue. It would help to understand the world from the perspective of a ‘typical’ person on ‘the political Right’ who is also generally against abortion rights (one must excuse the author for simplifications, generalisations and stereotypes).

To begin with, we should note that many people on the Right seek to protect what they see as the rights of the unborn child. Most of them would consider a foetus to be a living entity. Many on the political Left might refute this contention scientifically. However, to truly understand the basis from which we can work with those who oppose abortion rights to ensure a better outcome for all involved, we should consider the argument from their perspective.

Working on the assumption that a foetus or unborn child is a living entity, it is easy to see why many would view abortion as both an abhorrent violation of freedom and a gross injustice. Viewed from this perspective, the reason why people want to restrict abortion rights is not necessarily because they disrespect a woman’s bodily autonomy.; instead, it may be because they wish to reduce the number of abortions to stop what they view as the brutal murder of unborn children.

We need, therefore, to look at why many women with unwanted pregnancies feel that it is necessary to have abortions. To begin with, many women who find themselves considering abortion might feel that society and their families will be unsupportive of them and their child/children if they are born out of wedlock (to give just one example). Linda Lowen wrote for ThoughtCo stating that:

According to the Guttmacher Institute, a handful of studies over the years have indicated consistently similar answers from women who identify why they’ve chosen to have an abortion. The top three reasons these women cite for not being able to continue their pregnancies and give birth are:

The second reason (“financial instability”) could be solved by a Universal Basic Income, but the third cited reason (“relationship problems/unwillingness to be a single mother”) has at least some of its roots in society and social stigmas. More often than not, these stigmas and social difficulties relate back to social conservatism as it pertain to conceptions of family life and sexual autonomy (e.g. suggestions that a woman should not be a mother outside of marriage, a woman is immoral or irresponsible if she has sex or conceives outside of marriage, a child needs both a mother and father to raise them etc.). Therefore, the socially conservative preconceptions that the political Right routinely harbour across the world actually increases the perceived need for abortion services by women with unplanned pregnancies.

Another significant issue is that foster care and the ability to put children up for adoption is most often restricted across jurisdictions and there is no guarantee that children put up for adoption will be adequately taken care of. This also relates back to the idea that there is a ‘bionormative’ conception of parenthood and family, since social norms privilege and elevate genetic and biological relations amongst families. Such norms need to be challenged.

Perhaps, therefore, before dismissing those on the political Right as simply being unreasonable, we can view things from their perspective and then constructively persuade them that certain attitudes they usually harbour (independent of their thoughts on abortion) can actually lead to making abortion more likely. By showing social conservatives how aspects of their own social attitudes and conservatism which intimidate, exclude, and (subtly) threaten others can actually exacerbate a problem close to their hearts, we can work together to improve outcomes for all involved.