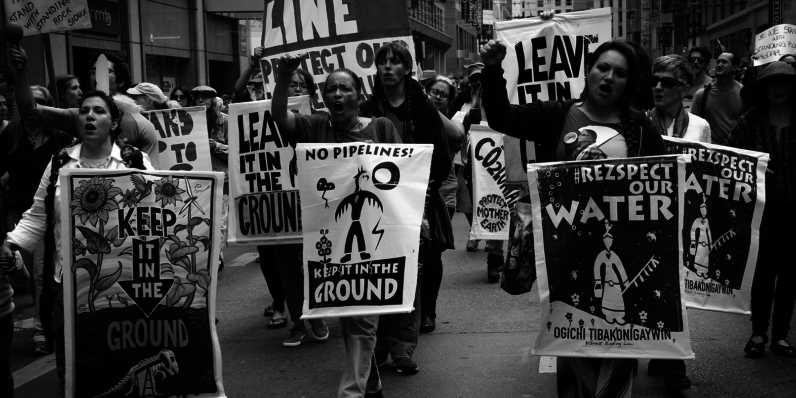 In the wake of several IWW-backed labor strikes in the US and the Bolshevik Revolution in Russia, the US was thrown into a frenzy over fears of the red menace. Thus began the first Red Scare. The homes of suspected anarchists, socialists, social democrats, communists, and other radical leftists were raided and at least 500 people were deported during the Palmer Raids. The government made little distinction between revolutionary ideologies and at times went after targets on mere suspicion without proof. Immigrants were disproportionately targeted due to Woodrow Wilson’s belief that immigrants had “poured the poison of disloyalty into the very arteries of our national life.” He also declared that “[s]uch creatures of passion, disloyalty and anarchy must be crushed out.” The Red Scare continued until around 1920 or so, but not before the passing of the Sedition Act of 1918 and several state level criminal syndicalism laws.

The Second Red Scare occurred after World War II and ushered in the era of McCarthyism. Fear of Soviet and Chinese communist spies led people to turn in their neighbors, coworkers, friends, family, and anyone else they suspected of being a communist. People were brought before the House Un-American Activities Committee and questioned about their alleged associations with the Communist Party U.S.A. (CPUSA). Many were blacklisted from jobs, housing, and other resources while others were jailed or deported. In August 1956, at the tail end of the Second Red Scare, the FBI launched COINTELPRO. This originally (illegally) surveilled members of the CPUSA but eventually expanded to include members of the civil rights, black power, anti-war, and new left movements until its exposure and disbandment in 1971.

A 2002 congressional hearing entitled “The Threat of Eco-Terrorism” ushered in the era of the Green Scare. This entailed government agents targeting environmental and animal rights activists involved with groups such as the Earth Liberation Front (ELF), the Animal Liberation Front (ALF), and Earth First!. In 2006, Congress passed the Animal Enterprise Terrorism Act which expanded upon the 1992 Animal Enterprise Protection Act. This allowed animal and environmental activists to be charged as terrorists: even for nonviolent actions like running a website.

Under the reign of President Trump, Republican lawmakers have taken the opportunity to attempt to push through a series of localized anti-protesting bills in at least 10 different states, including an anti-masking law in Missouri: a law that would reclassify tampering with oil or gas equipment from a misdemeanor to a Class 6 felony. North Dakota is even considering a bill which would essentially make it legal to run over protesters.

According to ACLU lawyer Lee Rowland, “This trend of anti-protest legislation dressed up as ‘obstruction’ bills is deeply troubling. A law that would allow the state to charge a protester $10,000 for stepping in the wrong place, or encourage a driver to get away with manslaughter because the victim was protesting, is about one thing: chilling protest.”

Labeling groups like Anti-Fascist Action, Black Lives Matter, and the Water Protectors as domestic terrorists and making it legal to lock them away, brutalize them in the streets, and mow them down with your vehicle only serves to take away our First Amendment rights to freedom of speech and freedom of assembly. By labeling them as terrorists, the state is able to utilize the last decade of War on Terror propaganda and propagate the narrative of a War on Dissent against citizens of our own country. We cannot allow these laws to pass and we cannot allow the state to govern unchallenged. It is our duty as anarchists to challenge authority and to support our comrades who join us in that fight: even when we don’t always agree. At the end of the day, the state are the real terrorists. The effectiveness of our future resistance depends on how willing we are to help aid our comrades who are destined to be victimized by these new laws.

But we can’t rely on political parties to do all the work: especially when they are primarily focused on protecting their members. Many of us in the wider resistance movement do not have party affiliations. There is an open call to make April 1st to April 7th a “Week of Solidarity” with the #DisruptJ20 protesters who are possibly facing felony charges, the Water Protectors arrested defending against the Sabal Trail Pipeline and the Dakota Access Pipeline, the Black Lives Matter activists currently in jail or facing court, and every other activist who has been affected by this anti-protest crackdown. To participate, folks are being asked to set up fundraisers for arrestees, organize a protest to draw public attention to these new laws, harass your local politicians in creative ways to convince them to vote against these laws, and whatever else you feel you can do to show support. We will not sit idly by while those who resist tyranny are labeled as terrorists.