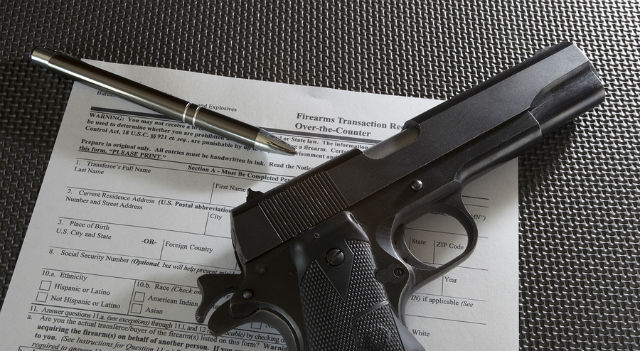 As radical leftists, we tend to favor looking at the bigger picture. We favor radical change in the world around us and it is with that goal in mind and many lifetimes worth of collective analysis that we tend to prefer seeking out the root causes of society’s problems and strike those roots. So in order to address gun violence, we must address its root causes.

We favor root cause mitigation for violence prevention, stronger mental health care, addressing poverty, homelessness and unemployment rather than focusing on prohibiting or restricting one tool.

It is these root issues among others that need to be most addressed in order to most effectively combat gun violence. For Part 2 of this essay series (read Part 1 here), we will tackle the one root cause that is the most talked about and most overblown. As overblown as it may be at times however, it is still very much an issue that needs to be addressed regardless.

More often than not when there is a public shooting, the shooter’s mental health is brought into question. Aside from the fact that many mental illnesses are socially constructed to label behavior seen as “unfit” or “different” and some historically have even been influenced by politics of the time (i.e. hysteria, homosexuality, gender identity disorder, etc.), most of the time such people are labeled with these diagnoses by people who have little to no medical experience or personal contact with the shooter, therefore contributing nothing to the conversation except a stigmatization of those with mental health problems. Rather than trying to diagnose people with illnesses we have no real proof they have, we should be looking at their actual motives.

According to Kelly Vee’s essay Arm the Mentally Ill:

When statistics show that a majority of people with mental health issues are more likely to be the victims of violent crime than the perpetrators, it’s hard to blame gun violence on mental illness. Even those living from mental illness are still responsible for their actions and their motives cannot just be chalked up to having a mental illness. Usually these types of things happen because the shooter is influenced by a toxic ideology or is pushed too far. But this is not to say that mental health can never or has never played a role in gun related violence.

Instead of trying to diagnose people we don’t know with our unprofessional and unrequested medical knowledge, let us leave such things to doctors to diagnose and treat. But mental health treatment is currently not available to all who need it. Not only do many lack access to health insurance but some mental illnesses make it more difficult for individuals to adequately hold down jobs and care for themselves in ways that benefit their mental health and give them access to healthcare. In fact, “One quarter of the homeless population has a severe mental disorder, as the society that lives in fear of the mentally ill leaves them exposed to street violence and police brutality.” Many of these issues stem from the very stigmatization of mental illness itself thus preventing neurodivergent people from accessing necessary resources and obtaining help. Unnecessarily blaming gun violence on mental illness with no proof only leads to further stigmatizing thus perpetuating the cycle of keeping neurodivergent people from receiving treatment.

If we wish to deal with mental health-related gun violence, we must work for wider access to more adequate mental healthcare in our areas. The easiest solution in the here and now is to establish free clinics and make sure the people we know are adequately taken care of in whatever ways possible. The Icarus Project and community support groups are also a good way to deal with mental illness and serve a similar purpose as talking to a therapist.

Ending Big Pharma’s control over the medical industry is also a way we can help those with mental illnesses. That means ending government subsidies to the pharmaceutical industry including intellectual property protections. Getting rid of IP would allow for the creation of generic versions of effective mental health drugs as well as lowering the price of name brands through competition. Ending the drug war laws surrounding the unprescribed use of prescription drugs would allow those without access to ongoing healthcare continued access the drugs they need even after their prescription runs out. Currently many neurodivergent communities already engage in practices such as prescription sharing and darknet markets also allow people access to drugs they otherwise would have a harder time obtaining.

“Alternative” medicines are also helpful. Visit your local witch or herbalist for suggestions on herbs and medicines that can help one deal with the effects of their illness either as an alternative to or to complement the use of prescription drugs. One herb that has been proven to be very effective for multiple mental illnesses is cannabis. However, there is currently a federal ban on people with medical marijuana licenses being able to purchase firearms. This, like a lot of gun control legislation, is highly misguided and needs to be repealed. In the day and age where people on all sides of the political aisle are beginning to view cannabis legalization in a positive light, it is time to make this an issue in the gun rights community. We should not be forced to choose between health and protection.

Many of us live with mental illness because we have suffered from trauma in our lives. Taking away our right to defend ourselves from violence when we have already suffered from violence is counterproductive and leaves many of those who are marginalized and vulnerable defenseless in the face of present and future violence. Treat mental illness, aid survivors, and teach them how to defend themselves.

Of course, mental health is far from the only factor in play when it comes to gun violence in society.