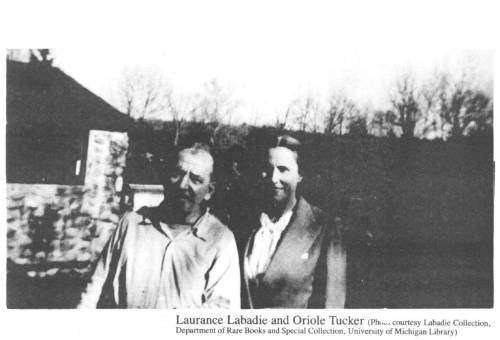 Laurance Labadie (1898-1975)—son of anarchist, labor organizer, and Greenbacker Jo Labadie—was a grouchy and hermetic man of a tradition that he felt had been left behind by so-called ‘progress’ and who kept unusual and, at times, deplorable company (years after his death, his friend James J. Martin would even take justifying anti-war positions to the point of Holocaust denialism). David S. D’Amato, perhaps the foremost scholar alive on Labadie, describes him as “a classic curmudgeon, quick to find fault and disinclined to suffer fools gladly” and “[m]arked by a deep and pronounced contempt for his fellow man.” He himself seemed not to believe that his ideas would ever have much impact on the world, and so he positioned himself as a kind of apocalyptic preacher of individualist anarchy; combining the deep pessimism of Arthur Schopenhauer, the amoralist egoism of Max Stirner, and the economic philosophies of Pierre-Joseph Proudhon and Benjamin Tucker into a worldview that rivals any anarchist’s of any age in its fiery radicalism. D’Amato writes that his life “appears very much like his anarchism, a deliberate, often anachronistic struggle against the vogues and prevailing winds of his day, a hopeless attempt to revive an energy faded or extinguished entirely. His thought belonged to a libertarian strain regrettably anchored to those of the previous generation or two, to a time just before the ‘official’ anarchist movement coalesced firmly around communist and syndicalist patterns of thought.” 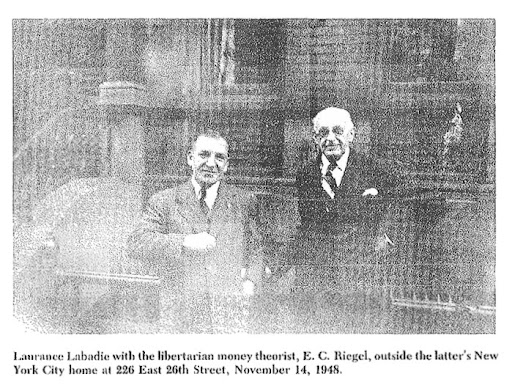 And yet despite his dark and, in his opinion, outdated view of the world, he is, at the very least, an essential figure in perpetuating the ideas that would lead to the contemporary left-wing market anarchist / freed market anti-capitalist movement. It is often pointed out that the individualist anarchism of Tucker and his acolytes, as Wayne Price writes, “was overtaken [within anarchism] by anarchist-communism. It died out, with remnants being assimilated into alien theories of ‘libertarian’ capitalism and so-called ‘anarcho-capitalism.’” However, Labadie—thanks, in part, to the particular set of decades in which he lived—serves as the essential puzzle piece in an underlying narrative that ties the Tuckerites directly to the reemergence of left-wing individualism with Karl Hess, Samuel Edward Konkin III, Robert Anton Wilson, and, at least for a period of time, Murray Rothbard, and what D’Amato sees as a 21st Century “individualist anarchist revival of sorts, [with] the internet allowing curious libertarians access to priceless treasures such as Shawn Wilbur’s Liberty archive, brought to the web from John Zube’s microfiche collection” (a project now run by the Union of Egoists website) and authors such as Kevin Carson, Roderick Long, Gary Chartier, and Charles Johnson establishing left-wing market anarchism as a contemporary school of thought as part of organizations such as the Molinari Institute, Alliance of the Libertarian Left, and Center for a Stateless Society. And this is all not even to mention the role played by the Joseph A. Labadie Collection at the University of Michigan, which, among numerous other pieces of radical literature, has preserved important North American mutualist and individualist anarchist writing. 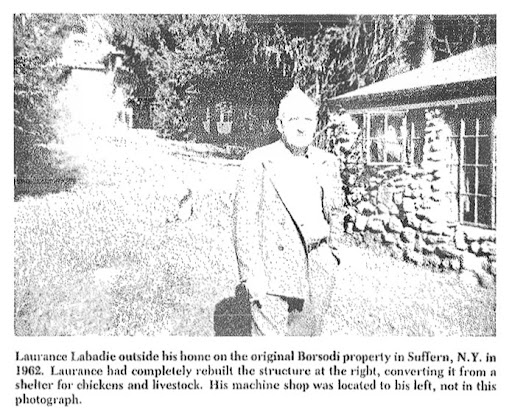 Considering the theoretical and historical relevance of Labadie and his work to contemporary market anarchism, continued conversation and research is essential. And a great step in renewing this interest can be found in the forms of Ardent Press’s Anarcho-Pessimism: The Collected Writings Of Laurence Labadie and Ralph Myers Publisher’s Laurance Labadie: Selected Essays (number seven in their series Libertarian Broadsides). But not only is the latter of these almost exclusively available as a rough PDF scan*, but many of his works are available in only one place online or are, to my knowledge, completely unavailable except in rare and vintage hardcopy. Therefore, it is with great excitement that I announce the beginning of an enterprise christened the Laurance Labadie Archival Project, the goal of the project being to purchase or track down, reproduce in digital text form, and add commentary to numerous pieces by Labadie on the C4SS website so that they will be made more widely and freely available.

Finally, a big thanks to Center for a Stateless Society and Union of Egoists at UnionOfEgoists.com, without whom this project would not have been possible.

Project Update as of 10/3/21: Anarcho-Pessimism and Other Texts Available at the Anarchist Library!

Project Update as of 12/9/21: All texts will be made available without commentary at The Anarchist Library.

Project Update as of 2/7/22: An additional thanks to the Joseph A. Labadie Collection for providing an incredible amount of materials for this project.

*Note: This book is actually available in hardcopy form through Underworld Amusements. Amended 1/26/22.