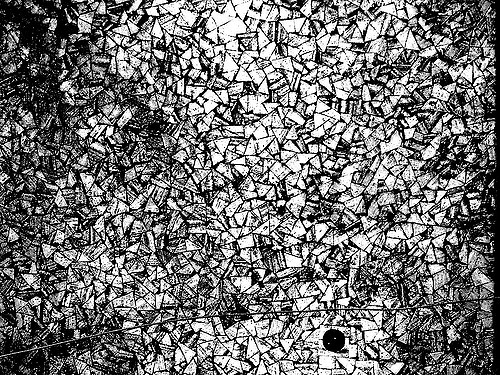 Zine form can be found here!

Markets are not my end goal. My end goal is anarchism which will always look like something just beyond the horizon of my knowledge. Markets unleash the creative complexity that make the dynamic testing of a wide range of liberatory strategies more meaningfully possible. This very same complexity makes it harder for authoritarians to squash resistance or take root themselves. It is no coincidence that dictators target harbingers of complexity such as internet freedom advocates. Yet also, there are aspects of the anti-capitalist freed market ideology that make me nervous and give me significant pause. It is not impossible that we would, in the long-run, completely outgrow markets in the traditional limited sense as we perceive of them now and develop some sort of yet unimagined post scarcity utopia but, it seems clear that regardless, markets exist as unavoidable steps and laboratories along the way. For example, even the CNT-FAI,  Rojava, and the Zapatistas realized that currency solves practical problems, at least in the short-run.

There are a wide range of anarchist strategies that are, on the whole much better than what we have now, but not anything resembling anarchism in the depth of its striving. Things like federalism/municipalism and experiments in direct democracy are light-years better than the pile of shit we are currently dealing with, but to me they will never represent an end goal. If anything, they are limited instrumental strategies along the way. The networked horizon of anarchism is far more audacious.

Markets realize that beneath virtually all of the issues we face as a species are two dynamic points of tension: ethics and coordination problems. A younger me may have seen in a big spook like Capitalism, the heart of all the issues we face as a species. This is a grossly limited view. Capitalism, however broken, is a strategy for addressing issues of ethics and coordination not the source of all of the problems themselves.1 Get rid of capitalism and many of the issues it attempted to solve will still exist. In this view, problems of access, rights, and equity fall into questions of ethics while, how we herd the cat-like human race is one of coordination. Any decent economic theory is attempting to answer these two questions in one way or another.

The most basic level of coordination problems (which are generally seen as following n-iteration game theoretic dynamics) in economics is supply and demand as broken down into preference and production. In simpler terms, we need to connect what people want and what they want the most, with a wide range of variables related to production. This is an unavoidable, tangible set of mathematical issues that will be faced by any radical society. It is not capitalist propaganda even if capitalists have used it to justify their coercion.  Any honest anarcho-communist or anarcho-syndicalist with an eye towards tangible issues of economic scalability will admit that these problems are difficult and have proven difficult historically. Price signals are seen as a more efficient way of addressing these seemingly infinite complexities by leveraging local knowledge as opposed to central economic planning. Most authoritarian socialists and communists recommend central economic planning which relies on coordinating bodies having both access to and the sorting ability to slog through and make sense of an infinite data pool that is almost impossible to systematically gather. This dilemma is why most, if not all, authoritarian socialist societies run into massive goods distribution and inflation problems such as those that the 1975 Nobel Prize recipient in economics attempted to solve through their study of central economic planning in the USSR.

The liberal economists saw the problem of coordination as being quite central and prescribed that we develop a system that does not expect people to make good choices, but rather tries to create the maximum net benefit from the bizarrely irrational and generally self-interested (that “self” does include your community or larger values) decisions that we as individuals are wont to make. Market economists wisely predicted that things like the currency nexus allow us to express preferences in a way that solve many of these coordination problems and that has the potential to steer the macro utility maximization of the ship. These are, of course, also ethical statements and initiatives in many respects as they imply certain values for the direction of the species and societies and views of human nature. However, many classical and modern liberals chose to sell out the ethics of power and coercion in order to achieve these ends and so made endless ratcheting exceptions that led to the perversion of markets that we see today. Capitalists (capitalism itself is used quite differently by many) and (economic) liberals tend to disagree dramatically on the role or merit of socialism in navigating ethical coordination. Freed markets are inherently anti-capitalist but nonetheless draw from the wisdom of liberal economic theory despite its betrayals and sabotages of its own dreams.

Socialists, in the broadest sense of the term, saw the inequality and coercion inherent in statist capitalism and began to try and think of ways to undermine and redistribute the ill-gotten power as part of an ethical imperative. Socialism, like Capitalism, is a bit too broad to easily define (do you mean like Kropotkin or Tucker or Marx or Bernie Sanders?) but it is nonetheless, at root, a statement of the right of people to basic livelihood. This is an ethical statement that implies the need for a different approach to coordination problems than those provided by the capitalists and classical liberals. Socialists tend to disagree on the role of markets seeing them either as practical tools in the process of ethical coordination of utility functions (ie. market socialists) or as evil seeds of memetic danger, destined to corrupt their mission through exchange value (ie. communists).

What modern capitalism calls markets, is of course nothing that any self-respecting liberal or socialist wouldn’t spit upon. All of the power of markets to unleash creativity and accord is devastated by structural power and coercive exploitation. They aren’t markets so much as playgrounds for the protected rich and graveyards for their pawns. These distorted incentive machines that capitalism calls markets are created through a wide range of monopoly and oligopoly protections such as subsidies, artificial economies of scale, intellectual property and patents, structural racism, (neo-)colonialism, and nationalist military-corporate alliances. All of which prove far less sustainable in freed markets.

When market-anarchists call for “freed markets” we are advocating for a dynamic process of experimentation in an attempt to ethically solve coordination problems. We want to maximize utility without minimizing agency. We are not talking about structural adjustments and multi-national corporate predators. However, talk to any two market-anarchists and you’ll encounter wildly different values and approaches. Although we do oscillate around many themes, this vibrant disagreement is part of our shared value for diversity and is a hint at what markets are capable of providing. However, this strategy for ethical coordination should not be seen as an ends in and of itself, but rather as a meta strategy for developing better questions and approaches to the problems we don’t even yet know how to describe, much less solve.

Unlike strict normative philosophies, market anarchism provides space for many systems to explore. Capitalism and communism require the active subjugation of liberatory experiments. In the practice of market-anarchism, anyone can try out their ideals as long as they meet basic criterion for ethical coordination. Those criterion don’t need to be coordinated or enforced by a state because they represent normative trends within the workings of radicalized markets. In practical terms, market anarchism allows for things like federations, (voluntary) anarcho-communism, direct democracy, various interlocking legal systems, competing currencies and the abolition of currencies, collectives and hardcore individualism, and a wide range of economic philosophies. The real test is whether they work or not! Beyond these limited goals though it suggests a scientific pursuit of working knowledge of roots and applied solutions to technological and ideological problems. Markets make it so that all of these paths have the capacity to coordinate expectations of one another in a way that doesn’t violate the rights of individuals or groups. This is what makes it a superior mode of both ethics and coordination as it innately leverages the strengths of theory and practice from a diverse marketplace.

Market anarchism points out that we should ideally be humble with respect to the limits of its own capability of knowledge. After all, knowledge problems are core to our advocacy of markets as a tool. But what this suggests is something more beautiful than I think is often explicitly mentioned. In advocating for left-market anarchism, we are advocating for a tool that helps us to develop a future more magnificent than we are capable of knowing. The knowledge problem of anarchism is the process of striving for utopia.

When I identify as a left-market anarchist, it’s a way of saying I want a system where many systems can play, as long as they’re doing so in an ethical way that can also contribute to the greater good even if just through what some would consider selfish goals. The tacking of left- onto market-anarchism is, for me, a commitment to ethics in distribution and commitment to and recognition of the role of so called, “thick libertarian” implications such as fighting racism, fascism, authoritarianism, and homophobic violence. It means harnessing the socialist tendencies of markets such as flatter firms and greater access to means of livelihood,  and more functional social support systems. Using the word ‘markets’ is a commitment to complexity and experimentation as well as the role of voluntary and spontaneous coordination as a stigmergic means of transforming society. ‘Anarchist’ is the only of the three terms that represents the endless return to the barricades in the search for a better world. ‘Anarchist’ symbolizes the utopistic ends while containing within in it the seeds of various means. In the end, I am an anarchist without adjectives, I just think that it is of dire importance that we learn from the mistakes of anarchists in the past and utilize whatever aid freed markets can contribute to our impossible dreams.

If communism or capitalism suggest a rigid and cold world where dynamism is throttled, freed markets suggest a playground for practical utopian dreams. Markets are hubs of innovation and if that innovation finds a way out of markets entirely, that is not contradictory to what markets do. If anything, it is their ultimate internal utility function. So you think that money is the root of all evil and have an idea for a way around it? Go for it! Freed markets won’t stop you as long as your tactics don’t involve the subjugation of minds or the exploitative use of resources. Or maybe you believe that markets are the end goal and that instead we have to forever asymptotically boost their effectiveness and self-correcting efficiencies. Go for it! Freed markets will support you all the way! The point is that we need all the good tools we can get to keep ratcheting towards an ethical coordination that maximizes liberty and empathy without the use of coercion, and markets are a damn good means to a forever distant but brilliantly inspired ends.