Center for a Stateless Society is proud to announce the beginning of a brand new podcast christened The Enragés, which will feature questions and casual conversations with authors about recent pieces they’ve published on the C4SS site. In comparison to Mutual Exchange Radio, this podcast will focus exclusively on the specific works of authors on the C4SS website and try to more regularly take listener questions. And we are excited to announce that Joel Williamson of Non Serviam Media will be joining the C4SS team as the host!

The name of the podcast comes from the loosely affiliated anarchistic and proto-socialist group known in English as the “Enraged Ones,” who split from the Jacobin Club during the French Revolution in their radical demands against monopolists and support for the French lower class. To give a glimpse into their still-relevant views, Jacques Roux—in his 1793 Manifesto of the Enragés—states:

The first episode “No Bosses, No Landlords, No Bureaucrats!” features a conversation with Senior Fellow and Karl Hess Chair in Social Theory at C4SS Kevin Carson on his article “The Myth of the Private Sector, Part I: Why Big-Small and Vertical-Horizontal Trumps ‘Public-Private’.” Give it a listen when it comes out this Friday! 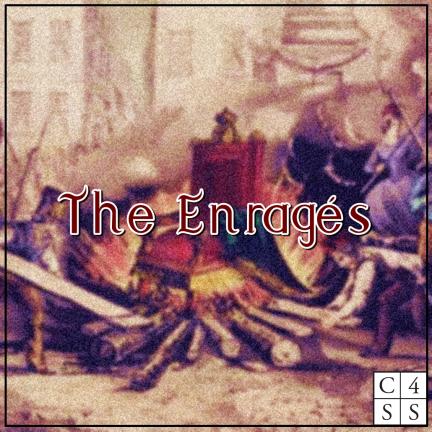