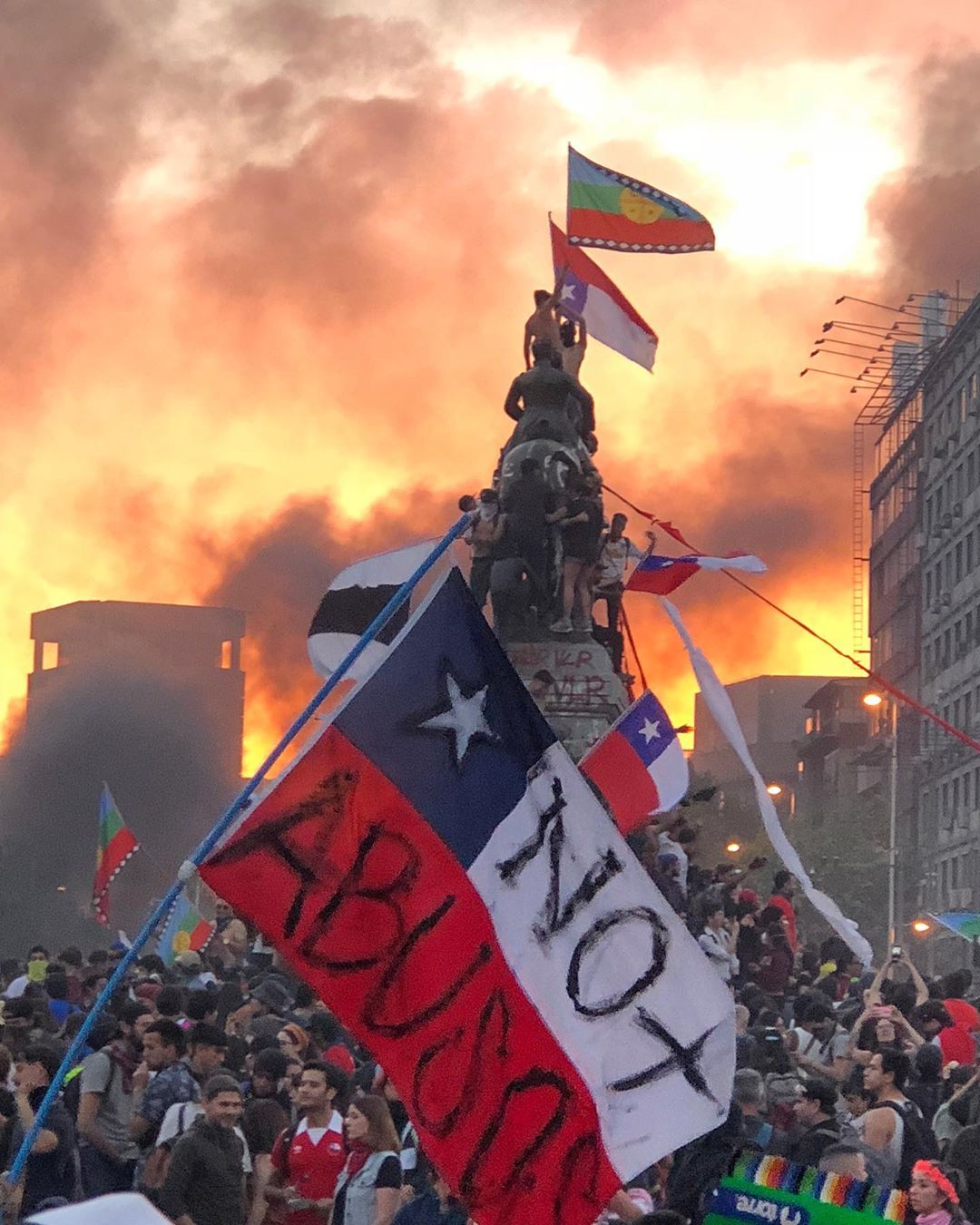 There are many protests throughout Latin America and the world right now, but the revolt in Chile is a particularly sharp rejection of neoliberalism. Chile has been sold as a model economy in the region that allegedly promotes the “free market” while constructing solid institutions. The reality is that Chile’s problems go back to the US-backed coup against Salvador Allende the socialist president of Chile in 1973. Then neoliberal economic experiments began with Pinochet but, contrary to popular imagination, that didn’t solve the problems of poverty. It was only with the return of democracy and a social-democratic coalition that managed the economy much better that poverty fell significantly.

Yet the social democrats didn’t change the underlying system imposed by Pinochet which was based on inequality. They didn’t challenge the corruption of police and the army or their stratospheric budgets and use of unnecessary violence at every moment. The state declared itself at war with the indigenous Mapuche. Not to mention that Chile, rather than being a libertarian utopia, is a haven for a rentier class that promotes crony capitalism in which the rich don’t pay taxes while the poor have to collect money in order to pay for surgeries.

Critics and defenders of neoliberalism got it wrong. Rather than deregulation in the name of the free market, it was more regulations in the name of free markets, as more recent historians like Quinn Slobodian have proven. Beyond that, how can one, in all honesty, concede the label laissez-faire to a military regime like the one imposed by Pinochet, which still has many fans in the Chilean and international right.

While in Chile poverty has indeed fallen, medicines are more expensive than in Denmark and groceries are more expensive than in the Netherlands. The middle class is more fragile than in nearby countries in the region. For a middle-class family, it is pretty easy to become poor, just a couple of months of bad luck and the years of work go to nothing. Plus the economic growth has slowed in recent years.

So against this background, protests began some weeks ago when people were informed that the metro pass would be 30 pesos more, about a few cents of dollar more per ticket. That may not seem that much but the people were tired and soon a meme had kicked off protests, first in the metro station and then in the rest of the country. It is true there were explosions caused by protesters yet the actions of a few individuals were used to repress the Chilean people. The government takes out the tanks and the military with them. There are 20 people dead and many more injured plus thousands of arrests. But the Chilean people are not gonna take it. Despite the curfews there have been massive protests, including the one in Santiago de Chile in which literally more than a million Chileans protested against the government.

The current president Piñera is the head of conservative coalition so one could think it is the electoral left-wing opposition which is behind this movement but this isn’t the case as many protesters have argued they are against the system which even the social democrats and state communists in parliament have been sustaining. The real opposition to Piñera is a grassroots movement that calls for the transformation of society beyond the specters of corporatism and nationalism. That’s why Mapuche flags have flown away in these protests, along with Chilean flags.

The protests are much more than the violence of a few; people play music, while others dance, and many families go together to defy the police. There are also colorful elements like the Antifascist Otaku Brigade — a bunch of anarchists in cosplay and with protest signs related to anime. Yet the ruling class is afraid. The wife of Piñera referred to the protesters as an “alien invasion” because she can’t understand them as part of a ruling class so out of touch with regular Chileans.

People are angry, that’s why they call for Piñera to resign. He changed his cabinet but that is not enough. Not even a totalitarian state like China has thrown in the military in Hong Kong, but in the streets of Chile it seemed like the days of Pinochet with the military in full display. The government has already taken a series of populist measures like raising wages but the revolt continues. For a lot of protesters, though, the root of the problem is inequality which is the soul of neoliberalism, a system in which the rich and the political class are allies in protecting their interests against the poor and marginalized communities. The neoliberal system was born in Chile and it will die there, that is the goal.