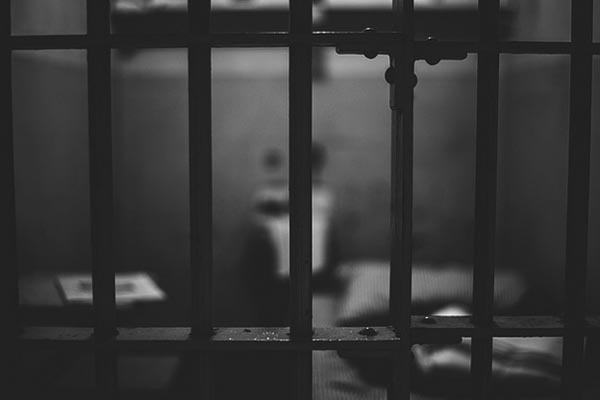 Alexander, Michelle. The New Jim Crow: Mass Incarceration in the Age of Colorblindness. 2010. The New Press

Michelle Alexander’s 2010 book, The New Jim Crow: Mass Incarceration in the Age of Colorblindness, argues mass imprisonment and related policies have created a racial caste system for black Americans, which parallels the Jim Crow laws of the late 19th to mid 20th century. Alexander is a civil rights litigator and advocate, and she has more recently received attention for her public criticism of Hillary Clinton, who, alongside her husband, has supported policies which have decimated black America, according to Alexander.

Alexander’s recent criticisms of the Clintons echo criticisms of the Clinton administration made in The New Jim Crow. Bill Clinton’s escalation of the war on drugs and his role in overseeing the largest increase in federal and state inmates in US history receive particular attention. Alexander presents Bill Clinton as largely expanding upon the war on drugs and “tough on crime” policies favored by the preceding Reagan and Bush administrations. However, she argues Clinton ultimately did more to create a racial underclass than his recent predecessors.

This reflects an ongoing theme in the book: in the decades following the abolition of Jim Crow laws, politicians have turned to “law and order” rhetoric, as well more draconian drug policies, to appeal to dissatisfied white voters. The “Southern Strategy” associated with Richard Nixon comes to mind as does the George H.W. Bush’s 1988 Willie Horton advertisement. Southern politicians, Alexander argues, depicted the civil rights movement as a breakdown of law and order and the resulting legislation as rewarding illegal behavior.

Alexander puts a strong on emphasis on the role played by conservative Republican politicians, following the civil rights era, to an extent which risks neglecting the role that 20th century progressives played in normalizing drug prohibition in the first place. She quotes Nixon adviser John Erlichman, who said “We go after the racists” and “subliminal appeal to the anti-black voter was always present in Nixon’s statements and speeches.”

Alexander notes several parallels between historic Jim Crow laws and the treatment of people inside and outside the US prison system. These include legalized discrimination, specifically concerning those labeled felons and ex-drug offenders in terms of employment and housing availability. People with felonies are also excluded from voting in many states and are subject to fees and fines in others, resembling a new form of poll tax. Alexander argues this has swayed presidential elections in recent decades.

She also notes felons are not only excluded from juries, but that prosecutors have an enormous power in jury selection to remove any jurors who might be more sympathetic to defendants, on the flimsiest of reasoning and through peremptory strikes. These practices combine regularly to ensure black defendants face white juries. It is also noted that black American’s do not register to vote or for drivers licenses at as high a frequency as white Americans, leading to an already narrowed juror pool.

Alexander then argues that supreme court cases, including McClesky v. Kemp, which found a demonstration of racial bias in the justice system is insufficient to overturn death sentences, essentially make it impossible to legally challenge the current system. Legal challenges to the system are also made more difficult overall because any plaintiff would almost by definition be someone already convicted of a crime and unlikely to elicit public sympathy. Innocent people, once let go, are unlikely to complain about mistreatment they’ve received.

One has to take pause at the fact that more black Americans were under correctional control at the time of this book’s writing than were enslaved in 1850. Also discussions about the breakdown of the black family (now a popular talking point on the right) can hardly be complete without acknowledging the role imprisonment has played in the absence of black men in their communities where women outnumber them by 26%.

Libertarian readers will appreciate the emphasis Alexander places on the War on Drugs, which she regards as more of a race issue than a drug issue. They will be less pleased when she advocates (presumably government-funded) “drug treatment on demand for all Americans.” She states black men are admitted to prison on drug charges at 20 times the rate of white men, despite similar usage levels.

Alexander claims drug use was not seen as a priority among Americans when Reagan re-declared war on drugs, and that a massive media campaign was pushed through to convince America of the importance of this problem. She notes this was prior to the development of the crack “epidemic,” though this would ultimately play heavily into the propaganda effort as well.

Alexander states the federal government has paid states to pursue its drug war, and has rewarded police department with military equipment and funds. Routine traffic violations have been sufficient pretexts for police to search vehicles, and many people, when asked by police to allow themselves to be searched, have assented, unaware they can legally say no. Police have been encouraged to do wide, sweeping searches for drugs in vehicles on the road and people on public transportation, with black and Latinx people substantially more likely to be pulled over and searched.

This wide net approach has generally been rewarded by the court system since the small percentage of guilty people paraded before the courts have given the impression that police officer’s hunches are correct far more often than they actually are. Around 99 percent of stops actually fail to find drugs.

Unfortunately, Alexander does not spend sufficient time advocating or exploring the possibility of a post-prohibition world. For much of the book she leaves readers guessing about her exact stance, though she finally makes her position known towards the end of the book stating “marijuana ought to be legalized (and perhaps other drugs as well).” She also places an emphasis on the harm caused by mandatory minimum sentences, and the tendency of plea bargains, backed by the threat of more severe punishment to make people plead guilty to crimes they did not actually commit.

Alexander has been criticized for over-emphasizing the role drug policy plays in mass incarceration. In 2012, for example, Fordham University professor John Pfaff has argued that the percentage of people in the prison system whose primary crime is drug use, is in fact below 20% and thus not enough to be the explanatory factor in the issue of mass incarceration.

The Brookings Institute has subsequently argued that Pfaff ignores the issue of flow in and out of prisons. Those sentenced for violent crimes tend to have significantly longer stays in the prison system and thus tend to accumulate. While longer sentences lead to there being more violent offenders in prison at a given time, the quicker in-and-out for drug offenders makes drug offenses the “predominant reason for new admissions into state and federal prisons in recent decades,” according to Brookings. More people were admitted  for drugs than both violent crimes and property crimes throughout the 2000s.

This is highly relevant to Alexander’s overall argument, as she gives so much attention to the ways in which having a criminal record harms one’s prospects after imprisonment. This includes the realities of restrictive parole and probation requirements. Requirements that one not associate with ex-felons, for example, are nearly impossible to comply with in some neighborhoods, where one cannot go to the corner store without running into one.

All this is not to say that Alexander should not place more emphasis on people imprisoned for violent crimes and property related crime and the long sentences associated with these. Indeed, some of those drug related offenses were pleaded down from these types of crimes. Alexander could even use this to make a stronger case that a prohibitionist setting in general makes violent crimes and crimes against property more likely. While ending drug prohibition often has the appeal of a quick potential fix, it is likely only one step in breaking down the prison state.

Alexander has also received criticism, perhaps fairly, for overemphasizing the role socially conservative politicians and their supporters played in the development of the current system, while ignoring more “progressive” politicians and the support for such policies from people in the effected communities.

That said, Bill Clinton’s role as a prime contributor to mass incarceration is heavily emphasized (though she tends to portray him as following in the tradition of his more conservative predecessors). Elsewhere she criticizes Barack Obama  for appointing enthusiastic drug warriors Joe Biden, Rahm Emanuel, and Eric Holder to key positions.

She does also address the issue of black people supporting “tough on crime” style policies, citing surveys which show black Americans to be less supportive of harsh criminal justice policies than white Americans, despite being more likely to be victims of crime. She also argues that black Americans face a dual frustration with crime in their neighborhoods and the problems caused by the states efforts to control it.