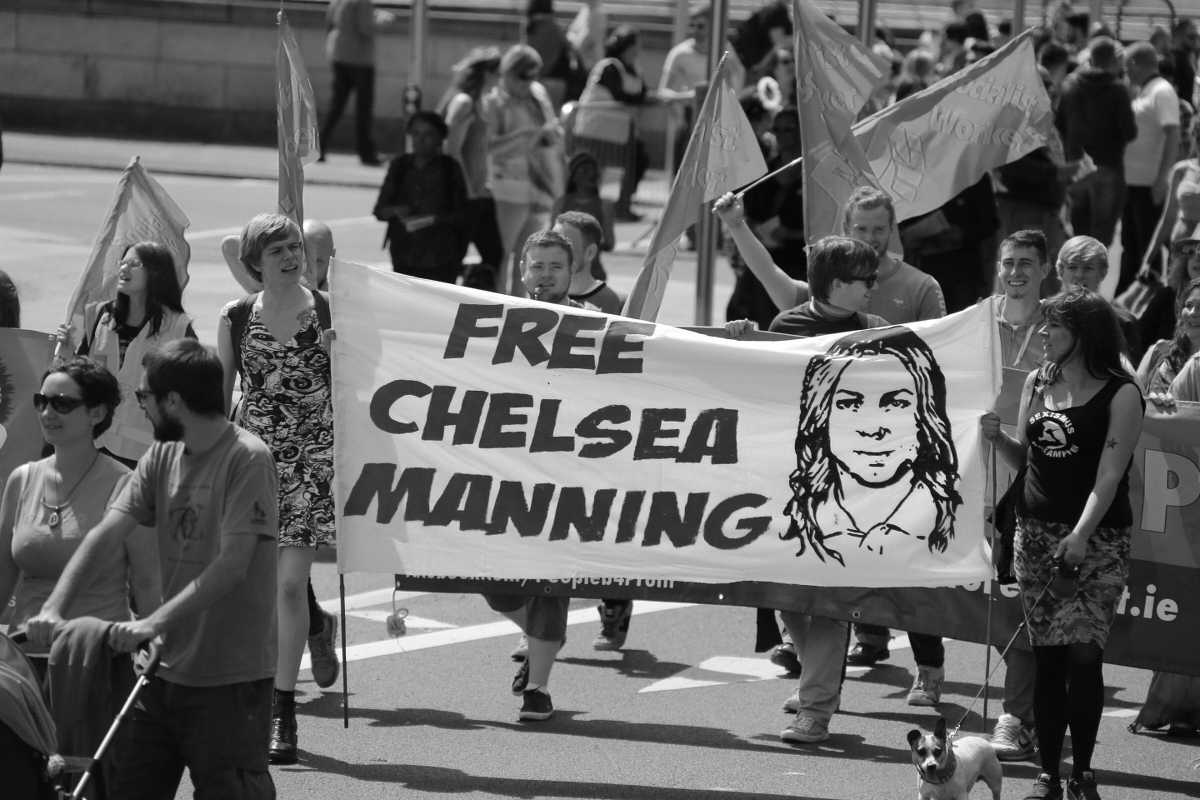 Chelsea Manning was the first of her kind, bringing a new type of whistleblowing to the public eye. In 2010, Manning leaked an impressive number of documents detailing the way the U.S. military and government violated the rights of many. Via communication with Wikileaks and secret document-copying, she brought citizen bystander killings to light, exposed details of Guantanamo Bay detentions, and exposed the many ways in which corruption and secret alliances shape military action.

Initially sentenced to 35 years, Manning’s sentence was commuted on January 17th of this year, in the final week of the Obama presidency.

On a moral note, Manning’s release marks a time at which the Obama administration did something right. They prioritized compassion and humanity, in the end, instead of maintaining their harsh position. It’s rare that a sitting president chooses to backpedal on their decision to make an example out of a whistleblower, and President Obama chose to do so, aware of the moral imperative to act in his final days in office.

Of course, this doesn’t make up for the horrendous treatment Manning received while imprisoned. As a trans person, Manning was subject to more carceral state horrors than most other prisoners. She was denied routine items and the health care she needed as a trans woman and a woman suffering from suicidal ideation and depression. She was repeatedly harassed and subjected to strip searches. She was kept, before her trial, in a large tent and cage in Kuwait, where she contemplated suicide and castration. When she requested estrogen and androgen blockers, medications deemed medically-necessary for her as a trans woman, her requests were initially denied. She has tried to kill herself twice, most recently this past fall. Manning has faced unspeakable brutality during her time as a prisoner.

Although many are cautiously optimistic, ACLU attorney Chase Strangio put it best. “The traumas of the past few years will not simply evaporate when she walks out of the prison,” he said, of her release. Nor will her release stop the traumas faced by trans people who are still currently imprisoned, though I hope her visibility reminds others that they are not alone, and have done nothing to deserve such inhumane treatment within our justice system.

It’s difficult to know everything that goes on behind bars but trans activists and prisoners remind us that prison is often particularly cruel for them. Notable activist CeCe McDonald has spoken out on the way she was hyper-sexualized by guards and staff while serving time in a men’s prison. Others experience similar issues, like prison rape. Sometimes, when dealing with sexual assault, trans prisoners are put into solitary confinement. Although the justification often centers around keeping them safe from an assailant, the trans prisoner is the one who is punished for the heinous transgression of another. In a prison environment, this can exacerbate mental health issues to a scary degree.

Although Manning has been freed, the fight isn’t over for these prisoners and activism must continue.

On a personal note, Chelsea Manning and Edward Snowden were the whistleblowers who turned me libertarian. Before them, I was floating in the murky pseudo-conservative waters, floundering through an internship I hated with a Republican organization that didn’t feel like it represented my beliefs or practices. As I heard about Edward Snowden, the whistleblower who courageously leaked NSA surveillance information to protect us from egregious privacy violations, I thought — for the first time — here’s somebody willing to sacrifice their own comfort for the liberty and privacy of others. As I learned more about Chelsea Manning, I realized both her and Snowden were private citizens who had chosen to forgo comfort and stability to create a freer world for everyone else. With great knowledge, in their minds, came great responsibility.

As a high school senior in 2013, I was floored by the information leaked by Manning and Snowden, but even more stunned by the things the government had done to create these scenarios. As I learned about the 35 year sentence they gave Manning, I didn’t feel like saying the stupid Pledge anymore. I didn’t feel like reading for an AP Government exam. I didn’t feel like charading as some diplomat in Model UN anymore, haggling my way through competitions with power-hungry future bureaucrats. I was disillusioned that the government we’d been taught to feel gratitude towards would betray those attempting to do the right thing. I realized quickly: a freer society is a better one, and those in power don’t want their wrongdoing to be exposed because there’s far more of it than they’re comfortable admitting.

Without Manning, I might have still morphed from a conservative to a libertarian. But she taught me something greater: it’s never been about political party, it’s about how far you’re willing to go in the pursuit of freedom and transparency.

And she went pretty damn far.

Chelsea, thank you. To the trans people waiting for humane treatment by our government, don’t lose hope. You matter, and you deserve so much more.