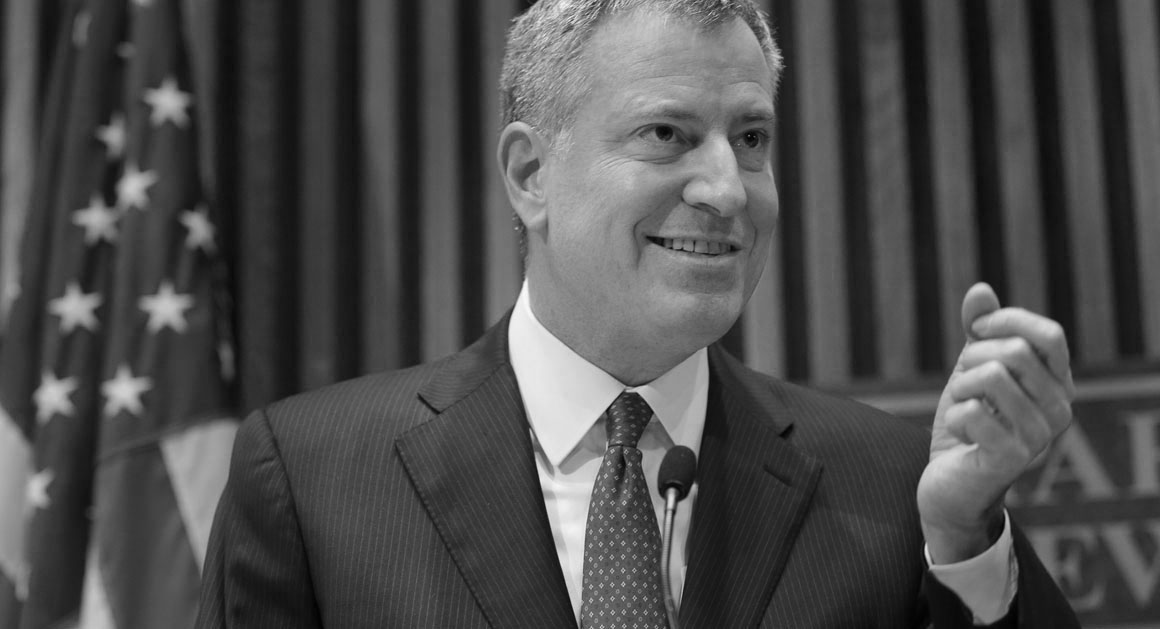 Speaking at the American Heart Association on April 19th, New York City mayor Bill de Blasio unveiled anti-smoking policies going “up against a multi-billion-dollar industry.” This might seem an adversarial showdown between public advocacy and entrenched power straight out of a Hollywood movie — say, “Erin Brockovich” or “Spotlight.”  But upon closer inspection, de Blasio’s program turns out to be what Roderick Long calls “a façade of opposition between” big business and big government (as my Center for a Stateless Society commentary “Two Tales of Two Cities” predicted of the de Blasio administration during its first week).

Despite nods to “grassroots” and consumer advocacy, de Blasio’s plan operates by raising minimum prices.  Smokers must pay at least $13 a pack, with comparable price regulations extended to electronic cigarettes as well. Isn’t it curious that de Blasio, who centered his winning campaign on a promise to confront economic inequality as mayor, would fill his tax coffers by raiding the pockets of the poorest? And not those wealthy enough to luxuriate in fine cigars valued at far more than de Blasio’s minimum of $2? (As for Michael Bloomberg forming the admitted foundation for de Blasio’s sin-tax efforts, some industrial billionaires are evidently just less unequal than others.)

But perhaps this is a necessary sacrifice on the way to the ultimate defeat of Big Tobacco. Joe Conason dismisses such concerns: “It is amusing to read an essay by a Cato flack worrying about increased cigarette taxes because they are ‘terribly regressive’—a problem that rarely troubles conservatives in analyzing tax policy.”

In fact, Big Tobacco has agitated with just such sheer hypocrisy — for rather than against regulation of both themselves and upstart e-cigarettes.  As reported in the Winston-Salem Journal in 2014, an appeal to the FDA to ban e-cigarettes that allegedly “create unique public health risks” was made by Reynolds American Incorporated: the second-largest tobacco company in the nation. Price hikes can be more easily passed on to the consumer by established, capital-intensive conglomerates than small independents. The 1998 Tobacco Master Settlement Agreement did just that, ensuring the dominance of the very “major tobacco giants” which de Blasio assumes “are buying the e-cigarette brands” out of inevitable market consolidation. In noting that the settlement illustrates how “supposedly right-wing corporations work hand-in-glove with Progressive politicians and bureaucrats in both parties to exclude small businesses, limit competition, ensure market share and prices, and generally work as government by proxy,” staunch conservative Jonah Goldberg is closer to the real anti-big business left (whose Gabriel Kolko he cites) than de Blasio and Conason.

Aware that e-cigarettes are viewed as better than far more toxic cigarettes, de Blasio echoes Reagan-era gateway-drug talking points, contending that they lead to use of more dangerous cigarettes, or are just as dangerous, or something. Not even offered as counterargument is the inevitable spread of black markets in unregulated cigarettes, such as those sold by Eric Garner, who was choked to death by the police force that will execute de Blasio’s new laws.

Big Tobacco can capture regulations, but not the anarchic mockery of Mad magazine, which mixed barbs at cigarette advertising with such proposed alternatives as Al Jaffee’s “smoke simulator.” And if de Blasio wants to ever kick the habit, endemic to the mayor’s office, of petty authoritarianism over New Yorkers, he might want to repeal the city’s occupational licensing laws. Some of those tobacco vendors he thinks there are some multiple too many more of than Starbucks might find work driving cabs or selling street food, if limits on the number who may work at particular jobs were repealed rather than imposed.