Some confused folks have been asking us — in understandably concerned tones — about a couple of people named Ryan McMahon and Rob Paul. Both of them contribute to the blog The Right Stuff  — as you can see for yourself by clicking on their names — and both have “Works for C4SS” in their Facebook profiles. The Right Stuff’s position seems to be an amalgam of paleo-conservative, paleo-libertarian, neo-reactionary, men’s rights activist, gamergate puke, “race realist,” out-and-out fascist, and people who like to say “cuck” a lot — in other words pretty much the whole gamut of scum of the earth. And Paul has reportedly been involved in creating so-called “white student unions” on one or more university campuses. Needless to say, both McMahon and Paul are liars. Neither one is affiliated with us in any way, nor will they or anyone else with ideas remotely similar to theirs ever be welcome here.

McMahon’s Facebook page is here, and below is a screenshot of his false claim to work for C4SS: 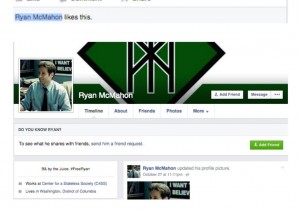 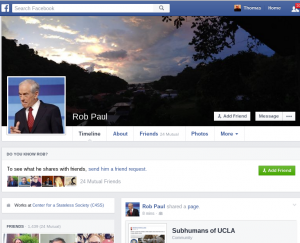 Please do us a favor and flag them for false impersonation if you’re on Facebook, as well as on any other social media platform where they make similar claims. And please spread the word that their claims are lies. Thank you!

ADDENDUM: You can add Alex McNabb (Facebook page here) to the list of TheRightStuff contributors falsely claiming association with C4SS. Please report him as well, and let us know about anyone else you see making similar claims. Thanks!