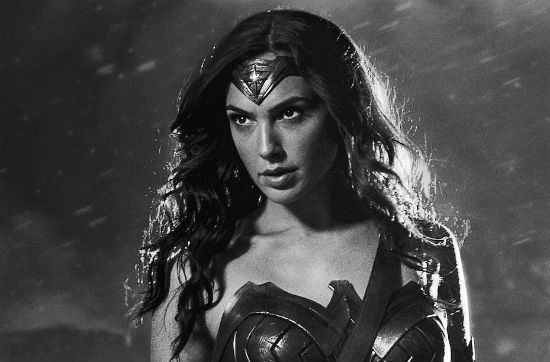 In director Patty Jenkins’ new DC Comics movie, Wonder Woman, Gal Gadot portrays our heroine, Diana, with grace, strength, and utter conviction.  As a child, Diana yearns to train in the ways of the warrior. Her mother, the Queen of the Amazons, warns her, “You will understand why war is nothing to hope for,” giving us a glimpse of what’s to come.

Diana’s halcyon existence with the Amazons on their hidden paradise island is disrupted by the appearance of Steve Trevor, played with charm, ease and unwavering dignity by Chris Pine. Steve is an American spy, working with British intelligence against the Germans during World War I.

The relationship that develops between Diana and Steve begins with wonder and humor, predicated on the beautiful innocence of Diana and Steve’s guileless chivalry. After crashing from the skies into the sea and nearly drowning, Steve opens his eyes to see Diana’s face and hears her say, somewhat incredulously, “You are…a man?” Not realizing that this is her first time seeing a man,  he replies, “Wha – don’t I look like one?”

Diana’s intelligent curiosity about Steve and his respectful wonder is endearing. While Steve tries to protect Diana from the Germans invading the shores of her homeland, he quickly learns that she is more than capable of protecting him.

“Deservingness” is introduced as one of the main themes of the movie as soon as Diana decides to leave the island with Steve. Her mother warns her that the men of the world do not deserve her. Steve incredulously explains to Diana’s Amazon family that the ‘War to End All Wars’ is raging in the world. This theme of the ineptitude of the use of violence to end violence is addressed in the third act of the movie, in true bombastic, super-hero fashion.

Diana is almost constantly amazed by Steve and the strange world he lives in, which makes for some great moments of comedy as well as social commentary. When Diana asks what a secretary does, Steve’s secretary replies that she goes where he tells her and does what he asks.  Diana replies with bemused puzzlement, “Where I come from, that is called slavery.” And before anyone can cry, “feminist propaganda!” Steve’s secretary adds, “…well the pay is pretty good.”

The first pointed commentary on the glamorization of war comes from Diana upon her meeting Charlie- a drunken, kilt-wearing man in the bar where Steve takes Diana to assemble their ragtag team of reinforcements. Charlie’s friends proudly explain to Diana that he is a marksman who kills people from so far away that they “never knew what hit ‘em!”

He is a sniper; but instead of the de rigueur Hollywood-hero treatment of such a profession, we are given a much different character.

Wonder Woman calls him out immediately: “You fight without honor,” she tells him. That night we learn that he suffers from P.T.S.D. (post-traumatic stress disorder). In a scene around a campfire, when everyone is sleeping, he awakes, shouting from terrifying nightmares. His chosen profession is not without dire psychological costs. Later in the movie, when his skills are summoned in battle, he freezes and cannot shoot; a poignant and powerful statement by the film’s writer and director of Charlie’s hidden guilt.

Steve and his ragtag reinforcements raise their glasses in a toast before their mission: “May we get what we want, may we get what we need, but may we never get what we deserve.” They all laugh as Diana looks on in a subtle foreshadowing.

Steve’s strength of character and Diana’s sense of justice are revealed, as well as the prevailing ethics of the upper echelons of military hierarchies, in an exchange between our heroes and the British General. When Steve realizes that the General’s orders would entail total destruction he protests in horror, saying, “They will all die.”

The General remains unmoved. “That,” he replies, “…is what soldiers do.”

Angered, Diana challenges the General in her bold, unflinching way: “You would knowingly sacrifice all their lives?” And in a flash of solemnity, we the audience must ask ourselves how many lives have been needlessly sacrificed to the God of War.

The confrontation and execution of Ares, the God of War, is Wonder Woman’s sacred mission, one she feels will save the world. And in fact it seems by the sadistic behavior of the villains of the movie, that mankind has indeed gladly bowed down to this terrible god of death. Yet, even after our heroine believes mankind to be free of the influence of Ares, she sees “the great darkness” of man.” She is disillusioned by this revelation and questions if man is truly deserving of being saved. Ares tells her, “They do not deserve your protection.”

Steve, in his experience leading a duplicitous life as a spy,  shares with her his own sense of conflict and frustration. He tells her, “It’s not about deserve…It’s about what you believe. We’re all to blame.”

“But maybe I am,” he tells her, displaying considerable honesty.

As the movie concludes, Diana echoes Steve’s words in her assessment of how to save the world. “It’s not about [what you] deserve. It’s about what you believe,” she says, “…and I believe in love.” A romantic and idealistic sentiment, no doubt. But a way to save the world from the God of War?

What of the truth? The kind of truth revealed at great peril, the kind of truth that costs the truth-tellers their freedom and sometimes even their lives. Could it be that this truth could save the world from the seemingly constant repetitions of sanctions, invasions, occupations, dictator-installations, drone-strikes and other acts of wanton aggression by military states, upon the people of this world?

In revealing the true and terrible identity of the God of War, in exposing the horrors behind his glib mask of vain heroism, might mankind finally rise from its knees to stand against this false god? Even “great darkness” dissolves in the light of truth. A god so exposed would be powerless.

Diana explains the sacred mission of the Amazons to Steve: “We are the bridge to a greater understanding between all men.”

For the wonder of Wonder Woman, and the honesty of all good men, let us pursue this greater understanding, until the God of War stands down.