June 10, 2017 marked the date of the national March Against Sharia, an event celebrating Islamophobic war propaganda while warning against the supposed looming threat of Sharia Law being implemented in America. The thing is, Obama isn’t president anymore so unless Donald Trump is also a secret Muslim then I’m confused who exactly is pushing for Sharia Law. 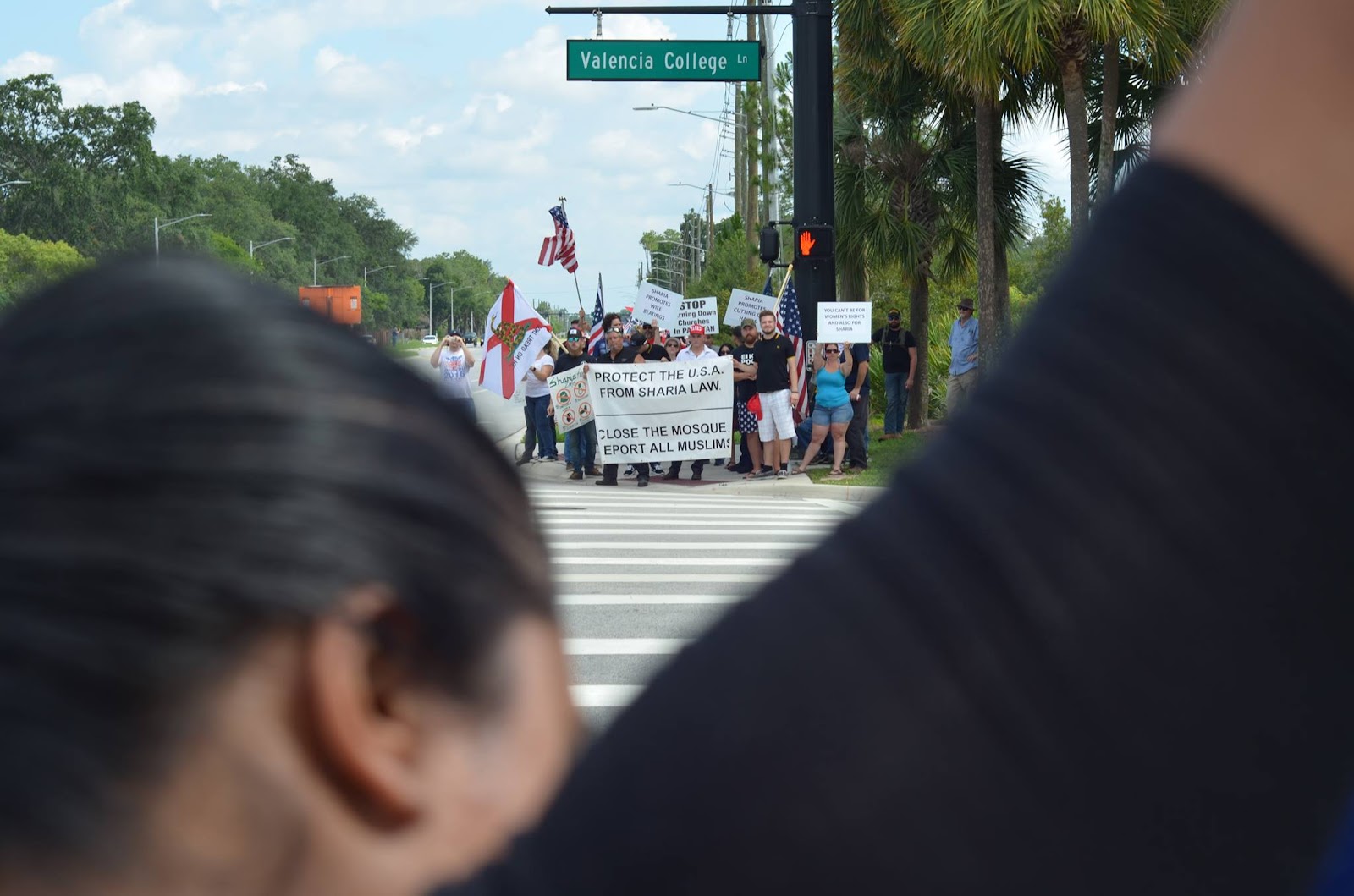 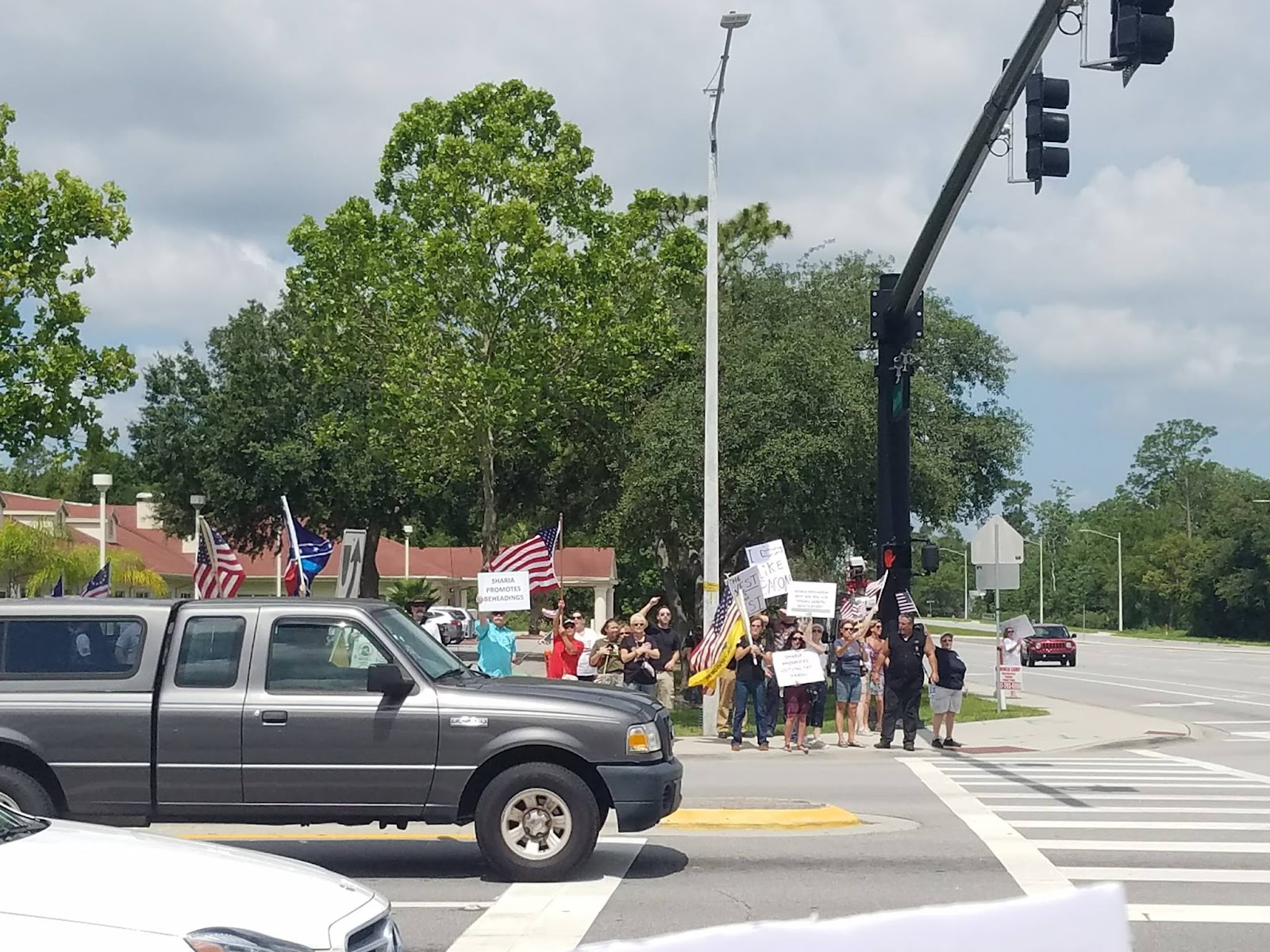 While some folks were slightly more nuanced and reasonable in their arguments for being there, many were there to wave Trump flags, confederate battle flags, kekistan flags, and even iron cross flags in direct reference to Nazi Germany. In Orlando, members of the Proud Boys marched alongside the III%ers, Identity Europa, and “libertarian” fascist Augustus Invictus who exploited very real issues such as homophobia, sexism, child marriage, and genital mutilation in order to recruit and spread a message of hatred, deportation, interpersonal violence, and warfare. In fact, most of these groups are not even based in Orlando but instead travel around in an attempt to actively recruit and spread their message. 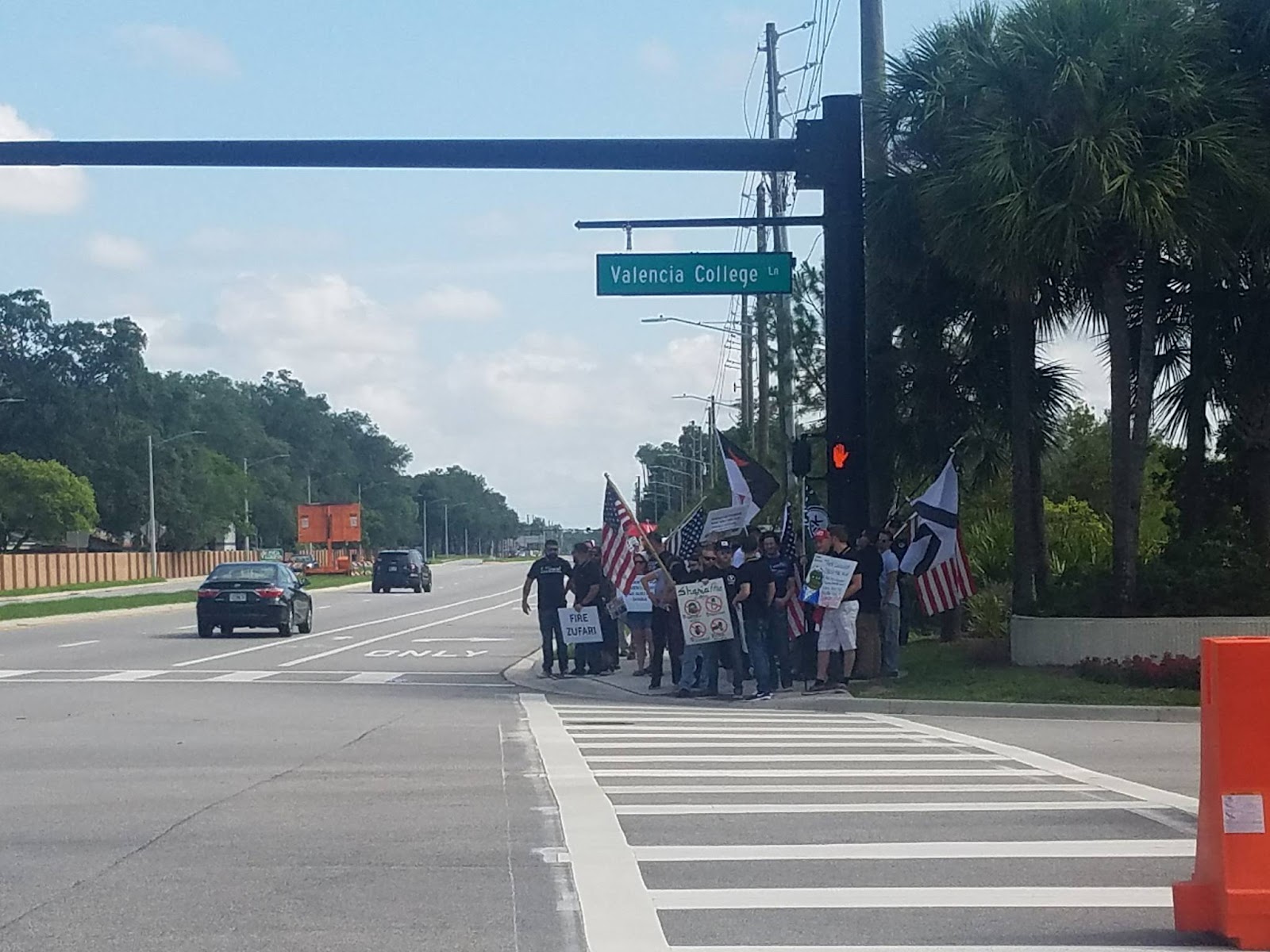 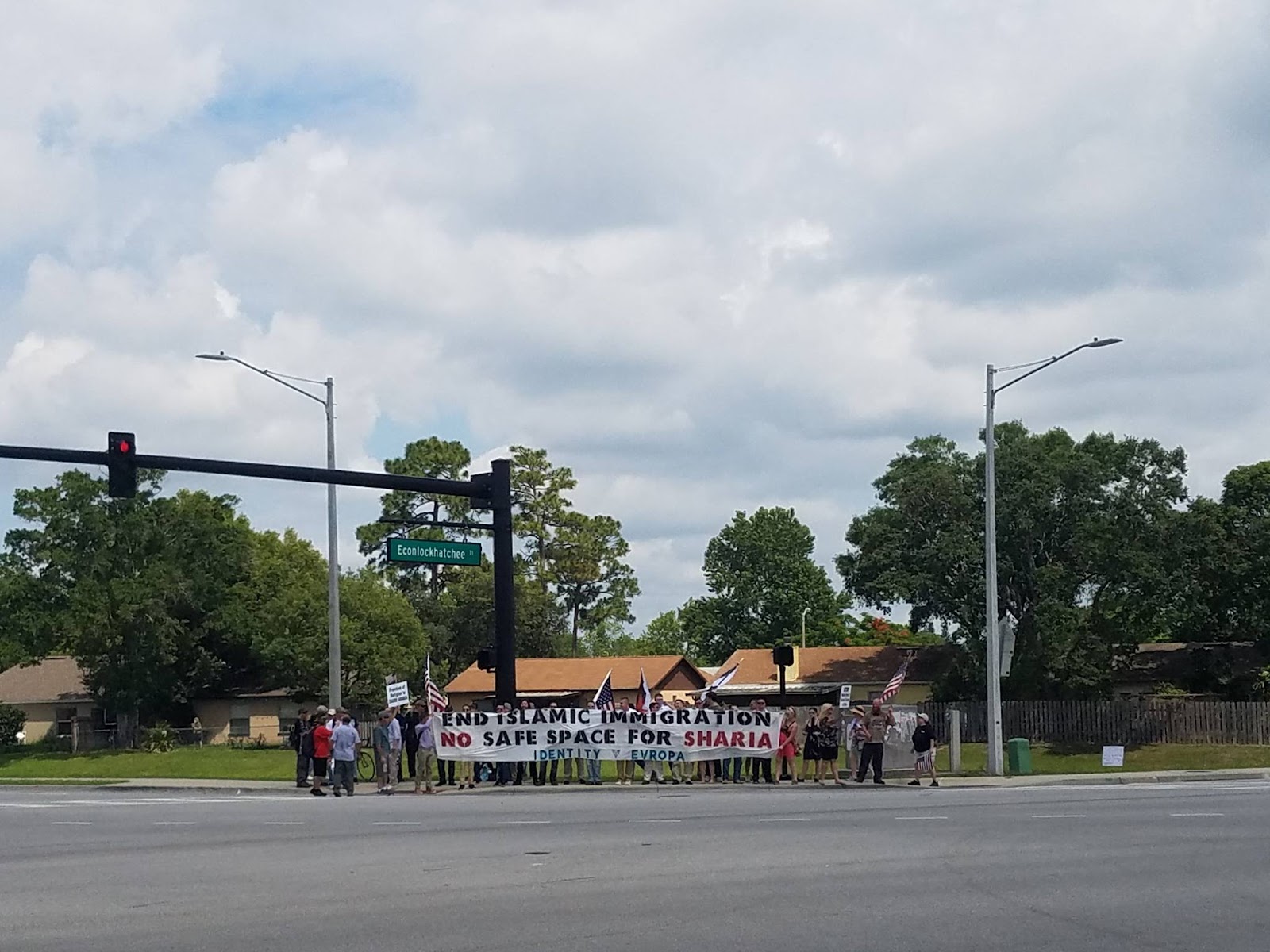 While the loose right wing coalition protested at the entrance of Valencia College, there was much in-fighting within their ranks. The few folks who were truly there only to denounce radical Islam butted heads with those who explicitly advocated outright racism. Many in their ranks flashed Nazi gang signs, wore iron crosses, rebel flags, and even swastikas, and were openly antagonizing anti-fascist protesters. Several times they attempted to rush us but we stood strong. One fascist shoved through the crowd and started an altercation with an anti-fascist counter-protester. 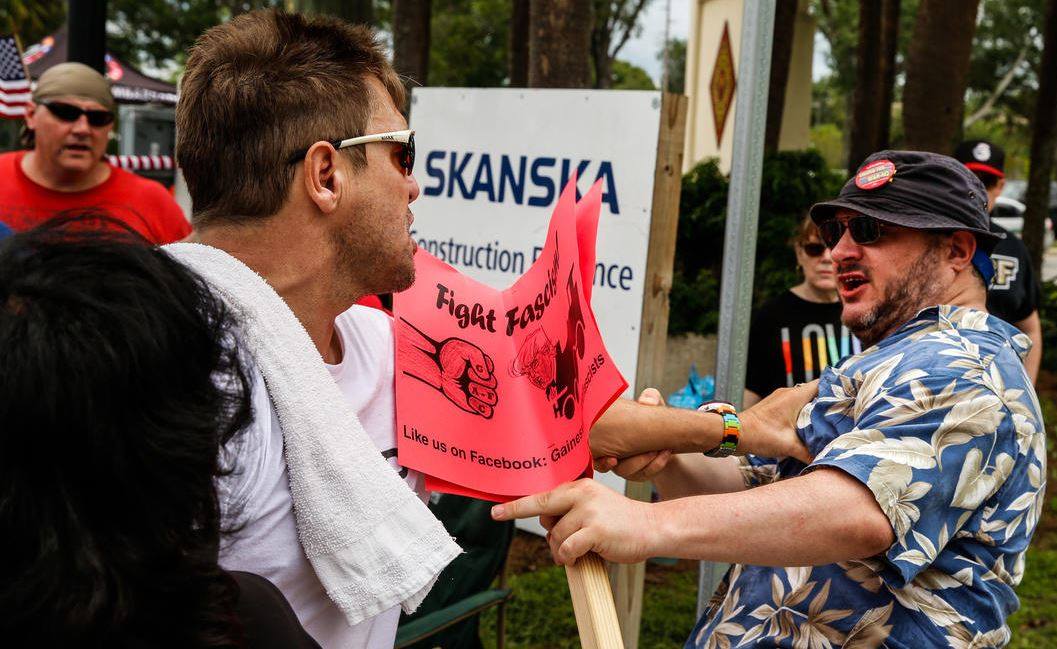 After the fascist ripped the anti-fascist’s shirt, he was prompted kicked in the testicles and punched. His glasses were smashed and his rings, one of which was covered in Nazi symbols, were taken as trophies as the police tackled the fascist to the ground and arrested him for attacking the antifa activist. The fascists were so shocked by this unusual response by their friends in blue that many wrongly claimed the man arrested was a member of antifa despite the myriad of evidence to the contrary. And while, as an anarchist, I am against using police force against anyone, it was pleasing to see the pigs they so admire turn against them even for a brief moment. 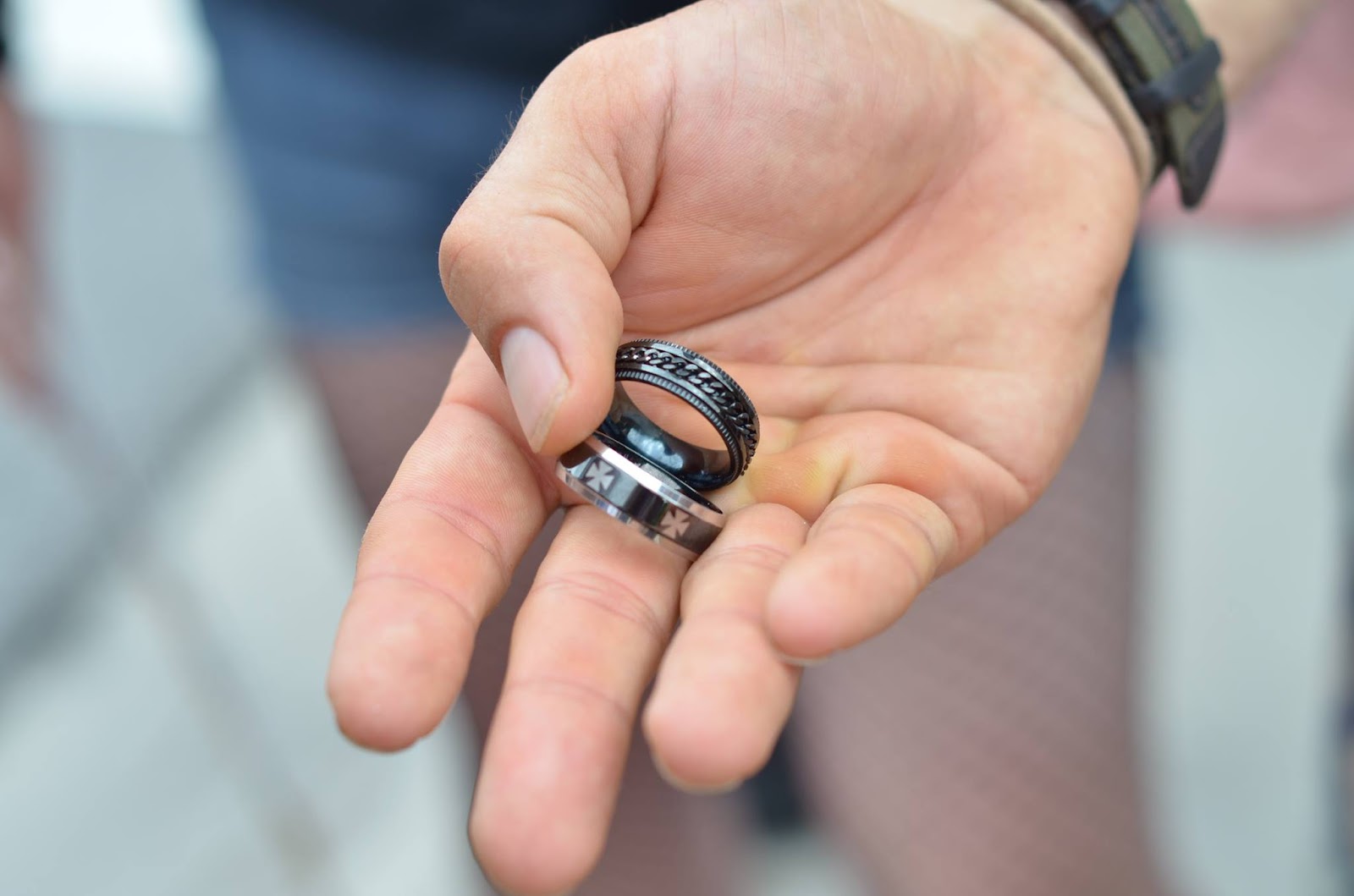 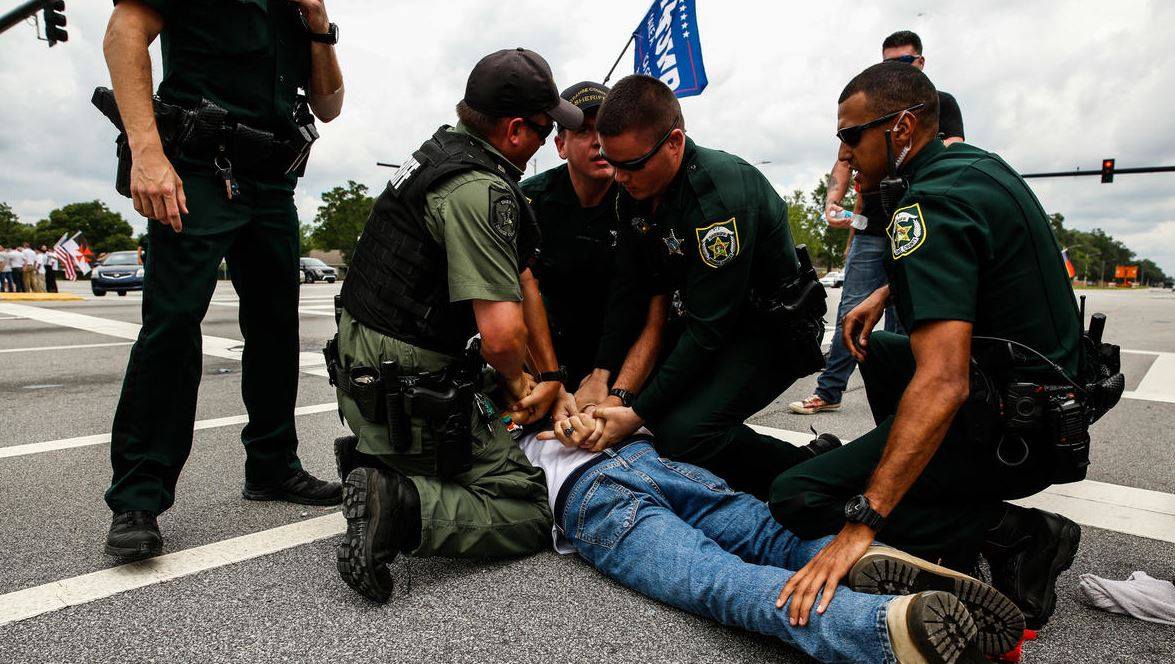 But just because the police arrested one of their more rowdy members does not mean they were kind to us by any means. While no one on our side got arrested, we were kettled and contained by the police who gave near free reign of the streets to the March Against Sharia. In fact, they even harassed me and several fellow disabled and able bodied folks for daring to sit down and rest on tax-funded land.

When they attempted to rush us again, I ran past the police line to confront them. As I did, a member of Identity Europa flashed Nazi hand gestures at me, telling me I was poisoning this country while repeatedly calling me a faggot, threatening me, and asking me what I was going to do about it. As I raised my sign, which was stapled to a giant plank of wood, he went running like a coward. I went to follow after him as the police pulled me away. Needless to say, he wasn’t brave enough to follow through with his words nor was he brave enough to defend himself from a faggot like me. I shook free from the police and re-joined my friends who were confronting members of the Proud Boys who had tried to harass and dox anti-fascist activists in Gainesville. 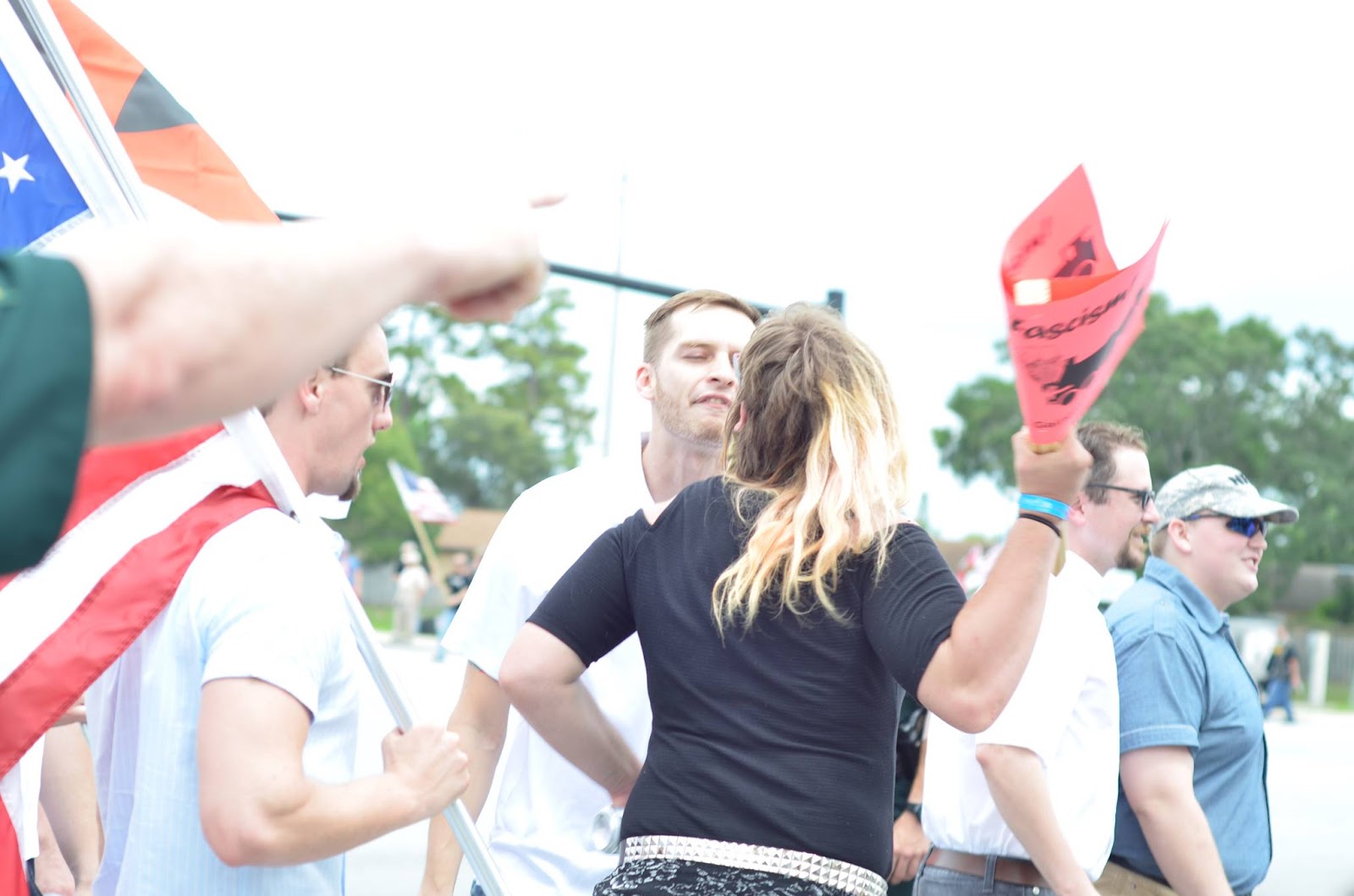 In the end, we showed them that we would not let them continue to promote Islamophobic propaganda which only perpetuates hatred, bigotry, and the War on Terror without consequences. No longer can we sit idly by as people continue to be killed both abroad and here at home because of groups like these. We will confront fascists at every corner. We will defend ourselves and our communities when attacked. We will stop this before it’s too late. 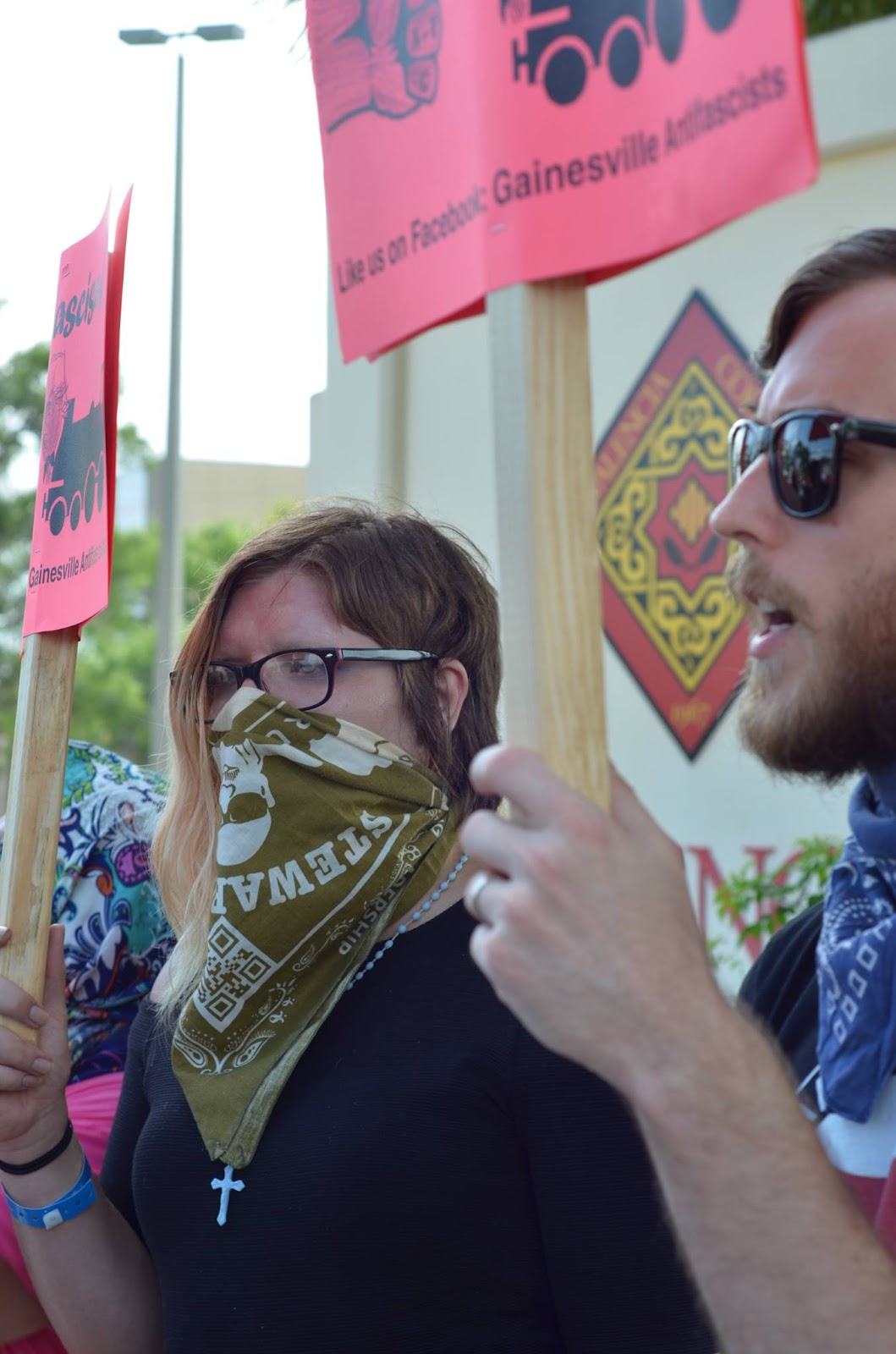 For more information on how to get involved with anti-fascist organizing check out the following groups:

Or search facebook to see if there’s an Antifa chapter near you, just beware of fake honeypot pages created by fascists attempting to doxx anti-fascists! (See @antifachecker for a list of actual orgs.) 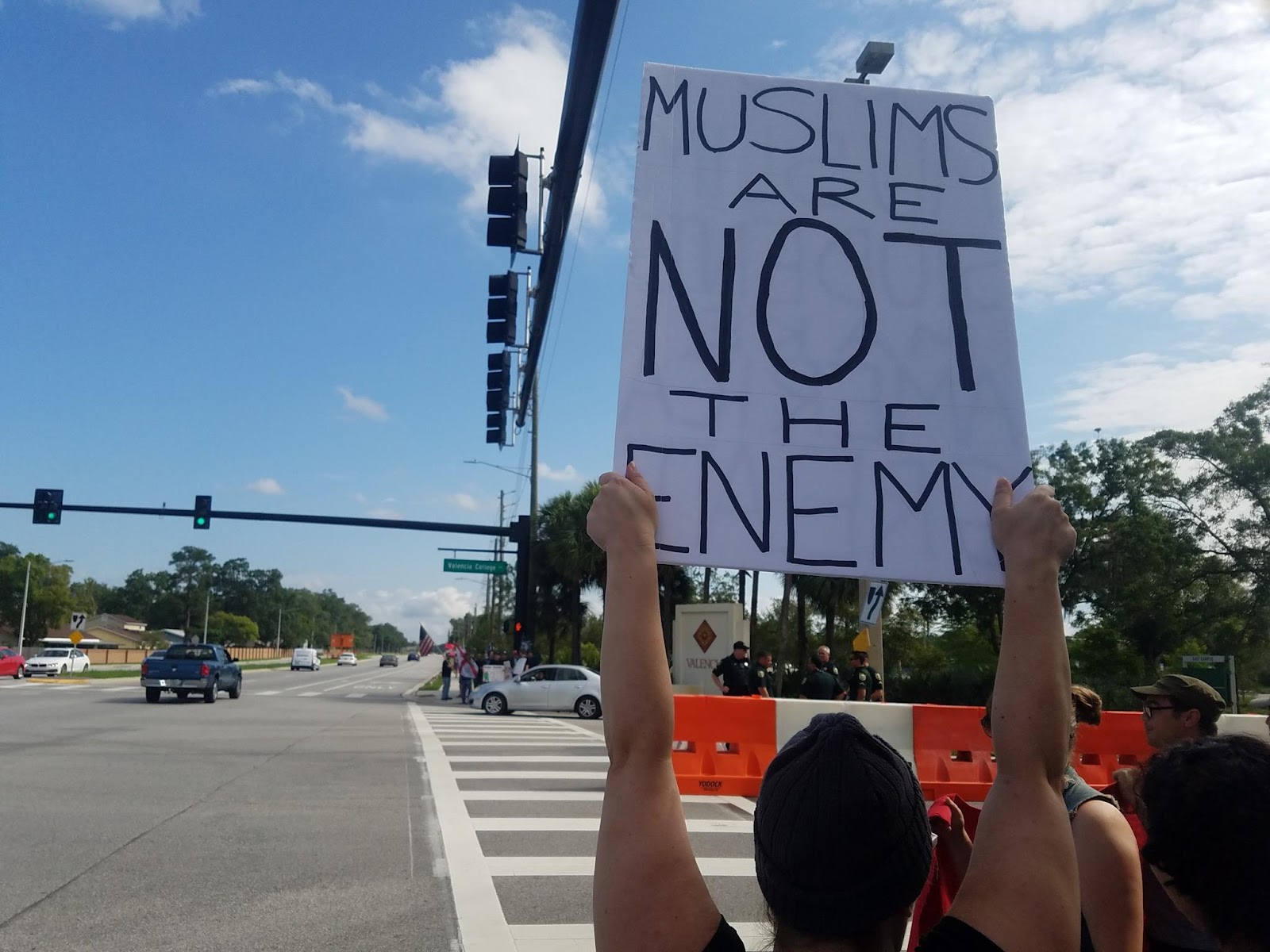